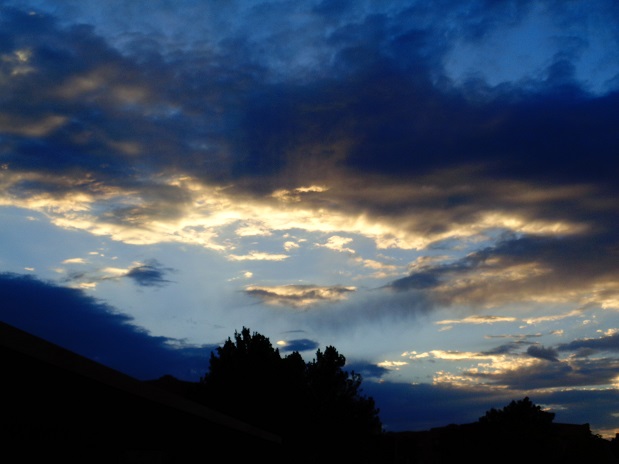 BRIDGEWATER [Massachusetts] – Samuel Dunn and his fiancé were in the process of planning their wedding after recently getting engaged. For Dunn, it was a happy time in his life, his father Anthony Dunn said. He was living in a sober house and working hard to reclaim his life after years of battling heroin addiction.

“He had been in the sober house for a while getting drug tested every day. He was in there voluntarily, going to meetings and doing everything he had to do. It got to the point where I was actually pretty proud of him,” Anthony Dunn of Winthrop told The Enterprise Friday.

Samuel Dunn, 29, died early Thursday morning while in the custody of the Essex County Sheriff’s Department at the Bridgewater Correctional Complex…

Earlier this week, Samuel Dunn checked himself into Anna Jaques Hospital in Newburyport because he was suffering from severe depression and wanted help, Anthony Dunn told The Enterprise.

His depression stems from an incident two years ago, where Samuel Dunn was assaulted during an argument inside a convenience store in Lynn, Anthony Dunn said. “He got jumped. The person that assaulted him stomped on his head while he was on the ground,” he said. “He had emergency brain surgery and another surgery. They took a piece of his skull out and then put it back in later. The glue they used to close the wound got infected and now he was facing another surgery.”

As a result of his condition, Dunn suffered from depression, blackouts, memory loss and seizures. “His whole personality had changed,” Anthony Dunn said.

After getting his most recent prognosis regarding his upcoming surgery, he became severely depressed and was having seizures more frequently, and went with his fiancé to check himself into the hospital. That was where things started to go wrong, Anthony Dunn said.

Samuel Dunn’s fiancé tried to bring him his seizure medication, but was not permitted to do so by hospital staff, Anthony Dunn said. “The hospital called the police and they got a judge on the horn and had him Section 35 and had him shipped off to Bridgewater,” Dunn said.

“A few hours later he was dead. I still don’t know what happened at the hospital and they won’t tell me because I’m not listed as his next of kin. So I’m still trying to find out.” 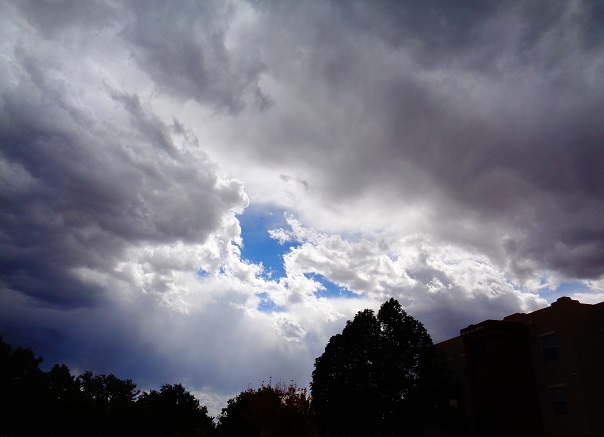 Folkestone Magistrates’ Court in Kent, England held an inquest into the death of a 16-year-old boy last week, four months after he was found on the landing outside his room at a children’s home. The inquest found that Thomas Townsend died on Aug. 29 at 6:30 p.m. after he inhaled too much gas from a spray-on deodorant, The Telegraph reported…

The Environmental Working Group, an American organization that specializes in research and advocacy in the areas of toxic chemicals, rates many commercial body sprays and deodorants, including Axe and Old Spice, as moderate-to-high health hazards.

Pathologist Dr. Kareem Aboualfa said the teen’s cause of death was a collapse of the circulatory system due to butane gas inhalation — there were no drinks or drugs in his system. Butane is a common ingredient in most body sprays and deodorants, and side effects from overexposure include headache, breathing difficulties, mood swings, and nausea.

According to the inquest, the teen lived in a foster home for five years before moving to the children’s home in February 2015. Although Townsend had a history of self-harm, he expressed no intention to commit suicide or abuse substances, The Telegraph reported. Therefore, his death was ruled accidental. The teen was supposed to start college weeks after his death and was looking forward to a career as a farrier…

Touraine said the drug was a so-called FAAH inhibitor meant to act on the body’s endocannabinoid system, which deals with pain. Earlier reports suggested that the drug contained cannabinoids, an active ingredient found in cannabis plants, but the minister said it did not contain the drug or any derivatives of it…

(2012) An efficient randomised, placebo-controlled clinical trial with the irreversible fatty acid amide hydrolase-1 inhibitor PF-04457845, which modulates endocannabinoids but fails to induce effective analgesia in patients with pain due to osteoarthritis of the knee.

Achieving analgesia without cognitive and behavioral side effects has been a holy grail for companies developing pain therapeutics, but separating the desirable and undesirable effects of analgesics has been a challenge for compounds that act in the CNS. Now, a team of Italian and American researchers may have sidestepped the problem with a molecule, URB937, that works entirely in the periphery.

URB937, a p-hydroxyphenyl-O-arylcarbamate, targets fatty acid amide hydrolase (FAAH), an enzyme that degrades the lipid molecule anandamide, which in turn activates cannabinoid receptors on sensory neurons in the periphery and on a range of other neurons in the brain. Inhibiting FAAH raises natural anandamide levels and leads to long-term cannabinoid receptor activation and pain relief…

“There is an undercurrent of controversy in the pain field about whether pain is better controlled peripherally or centrally,” said Daniele Piomelli, director of the Italian Institute of Technology (IIT)’s Drug Discovery and Development (D3) research unit. Piomelli also is a professor of pharmacology at the University of California, Irvine.

Altogether, the findings support the hypothesis that stimulating cannabinoid signaling in the periphery is effective at relieving pain and that targeting the pathway in the brain may not be necessary.

“We now know that anandamide in the periphery works as a gate that prevents entry of pain signals into the brain,” said Piomelli…

Anecdotes are considered abhorrent for national policy yet that side uses them all the time – why the double standard?

One last thing – if the data construct used for saying opioid use is ineffective was applied to antibiotics they’d also be considered ineffective – yet ‘we’ all know that’s not true. Why? Antibiotics are widely misused and over-prescribed for self limited viral illness, etc. more than used for legitimate causes and would dilute large statistical analyses to show they don’t work which, of course, is nonsense. Yet another statistical double standard…

It’s been a couple of years since I had my hair cut — the expense has become more of a luxury than a necessity. But with my coupon for a free haircut at Sport Clips in my hand, I finally got rid of all my freaking hair.

It’s hard to take pictures of your own hair: 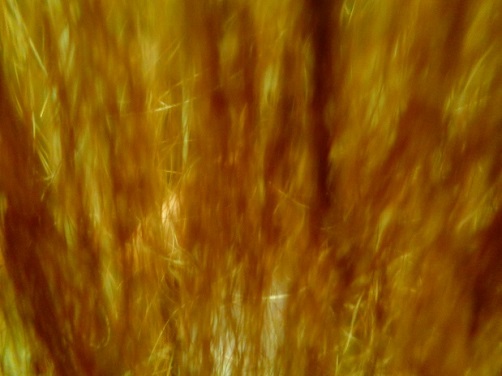 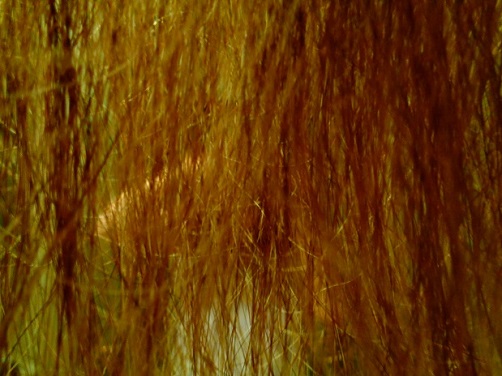 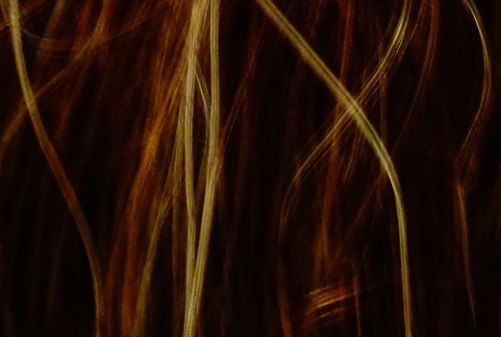 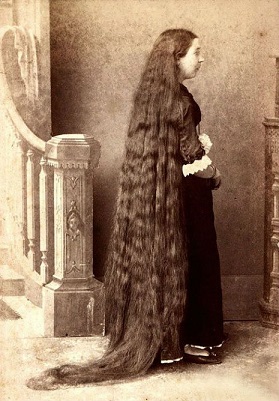 And now my head is 10 pounds lighter. Unfortunately, you get what you pay for (a tip of $10), so it’s not the best haircut. I’m sitting here wondering if I’ve had a worse cut, but I can’t remember… I’m thinking, probably not. Not like I care. 🙂

I was worried that I’d be sitting around with a bunch of men at Sport Clips, waiting to get my haircut while having to watch sports. Thankfully, I didn’t have to wait. While the young lady was getting rid of all my hair, I got to watch a young, blonde woman — wearing a black cocktail dress and displaying quite a bit of cleavage — talk about football with a couple of dudes in suits and ties. ESPN, what fun.

I asked the young woman cutting my hair, do you have to watch sports all day long? And can you watch women’s sports, like tennis? She’s like, yeah, sports all day, every day, and no women’s tennis. Guys don’t like women’s sports. I’m like, well, they’re missing out — have you seen Serena Williams swing a tennis racket?

I also asked her if she had seen the movie Concussion, which she had not, but we both agreed that with Will Smith as the lead, it was bound to be a great movie. And I assured her it was — great acting, along with an interesting story.

And now I have a funky haircut and my neck and back are itchy. But I don’t care, because I’m 10 pounds lighter. Now I can eat more desserts without really gaining a pound. 🙂

And a fireman doing a pole dance. 🙂