Gray points out that you can watch this dynamic any weekend if you go to the stands of any university football game. Students prefer beer, but most college stadiums don’t allow or sell any alcohol. It’s a zone of prohibition. So what do the students do? They smuggle in hard liquor in flasks.

The technical term for this — coined by the advocate for drug reform Richard Cowan — is “the iron law of prohibition.” As crackdowns on a drug become more harsh, the milder forms of that drug disappear — and the most extreme strains become most widely available.

So GOP presidential candidate Carly Fiorina was right when she said during the CNN Republican debate that “the marijuana that kids are smoking today is not the same as the marijuana that Jeb Bush smoked 40 years ago.” Today’s pot is significantly richer in THC, much like hard spirits have a higher alcohol content than beer.

But using that fact as an argument against legalization misrepresents what is going on. Most cannabis smokers don’t want to get totally baked on super skunk, any more than most social drinkers want to get smashed on Smirnoff. But the milder stuff isn’t available because the market is prohibited.

The iron law is playing out to devastating effect with opiates. People who become addicted to OxyContin or Percocet want to continue using those drugs. Doctors, however, are required by law to stop prescribing these opiates if they suspect the patient is feeding an addiction, not treating physical pain. Yet when an addict tries to find his drug on the illegal market, Oxy or Percs are almost impossible to get. What is widely available, and cheaper, is a much stronger and completely outlawed opiate: heroin…

The laboratory, which handles nearly all of Monsanto’s agricultural production, reportedly features a wide array of state-of-the-art security systems…  As an additional precaution, sources confirmed the entire facility is buried more than 1,000 feet below the New Mexico desert…

“This tomato is adapting to our strategies,” Jarrett continued. “It’s learning.” …

“We’re running out of time,” said Klein, solemnly noting that if necessary, his entire team was prepared to stay in the underground laboratory and make the ultimate sacrifice should their containment efforts fail. “Once emergency protocols are activated, a six-hour countdown begins, at the end of which thermonuclear charges will vaporize this facility and everything within a 15-mile radius. It’ll kill us all, but better we die than let that thing get to the surface.”

He added, “May God have mercy on our souls if this thing pollinates.” …

No, Martin Luther King Jr. Was Not A Republican — But Here’s What He Had To Say About Them 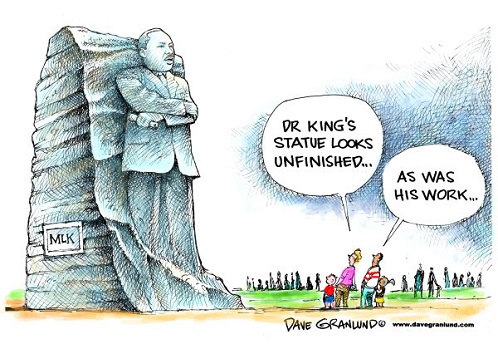 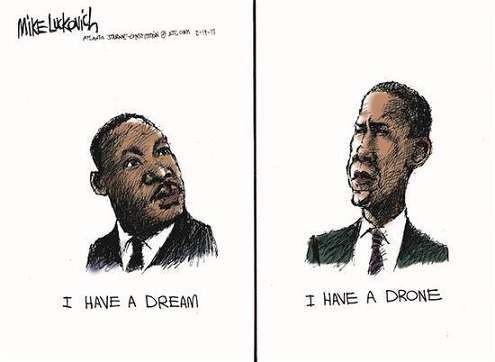 We need a Martin Luther King Jr for the drug war

Additionally, in some instances, African American communities have called for more drug war — much like the grieving parents of an overdosed child, they grieved over the extraordinary violence in their community, and mistakenly thought that more enforcement was the answer, not realizing that prohibition was fueling the violence…