“The FDA has approved several other totally implanted spinal cord stimulators for pain reduction, but this system is unique because it delivers a high frequency output of 10 kHz that does not cause a tingling sensation—called ‘paresthesia’—in patients,” said William Maisel, MD, MPH, acting director of the Office of Device Evaluation at FDA’s Center for Devices and Radiological Health, in a press release. “Since some patients don’t like the paresthesia associated with traditional SCS, this device offers another treatment option.” …

All 18 forms of contraception must be covered free of charge.

“The FDA currently identifies 18 distinct methods of contraception for women, and the … guidelines are designed to provide women’s access to the full range of these contraceptive methods identified by the FDA, as prescribed by a health care provider,” stated a fact sheet on the guidance, which was issued jointly by the departments of Labor, Treasury, and Health and Human Services. “Thus, plans and issuers must cover without cost sharing at least one form of contraception within each method the FDA has identified.” …

Accordingly, a plan or issuer may not impose cost-sharing on the ring or the patch.”

Miguel Perez, who has severe multiple sclerosis, lives with an unbearable pain few people ever experience.  The 42-year-old Modesto man is prescribed four pain medications for trigeminal neuralgia, a rare condition causing such searing facial pain it is sometimes called the suicide disease…

Doctors cannot fax or call in prescriptions to pharmacies. Some people with prescriptions for the painkillers said pharmacies ran out of supplies late last year as manufacturers repackaged the reclassified pills with appropriate labels…

Terri Perez said pharmacists have sent faxes to her son’s primary care doctor saying they won’t fill the prescriptions due to poor pain management. Dr. Priti Modi, his primary care doctor, said Perez and some other patients with a legitimate need for pain medications have run into roadblocks. She said pharmacies are not interested in seeing the patient’s medical history. “The pharmacies are taking over as physicians,” Modi said. “This guy is in so much pain, I don’t know what to do.”

Miguel Perez underwent procedures at Stanford Hospital and University of California, San Francisco, to treat trigeminal neuralgia without drugs, including a radiation treatment and a surgery to deaden the nerve. But nothing has prevented the excruciating attacks. A pain management doctor in Modesto gives him a nerve block that provides a little relief, Terri Perez said…

Jose Carranza, who owns independent drugstores in Modesto and Hughson, said pharmacies are now required to place separate orders for hydrocodone products with suppliers and report prescription sales, including the names of patients and doctors, to the DEA.

Physicians cannot fax or call in prescriptions but can use a DEA-approved electronic system for sending prescriptions to pharmacies, he said. “The wholesalers restrict the amount we can buy based on our purchase history,” Carranza added…

Steve Ariens · Top Commenter · Pharmacist at Chronic pain consultant
Denying a pt covered by the Americans with Disability Act their needed medication is discrimination… and a civil rights violation.. likewise, denying a pt their needed medication by a pharmacy could be considered prescribing or practicing medicine… which is outside of a Pharmacist’s scope of practice… also throwing a pt into withdrawal by denial of medication could be considered pt abuse and irresponsible professional negligence.

I am a stage 4 cancer survivor twice over. I also have severe arthritis in every joint and spine. I am in constant pain even with meds. I take Norco and Morphine daily… Last month I took my prescriptions to the CVS I have used for 8 years. They said it would be over a month before they could fill them. I went to EVERY pharmacy in town and they all claimed to be out. Finally a walgreens filled them for me. I was so worried. Morphine IS an addictive drug. I have forgotten a dosage several times and feel very sick as it wears out. Last month I freaked out that I would be forced into withdrawals. I even wrote a letter to the DEA.

People can not be expected to live in pain. I agree there are abusers and they need to be stopped. BUT making it hard for people with a real need is wrong. I have a doctor that monitors me, I live a full and productive life and I can not do that without controlling my pain. I am NOT getting high on drugs, I am making life possible. Without controlling my pain, I would prefer to be dead than unproductive. 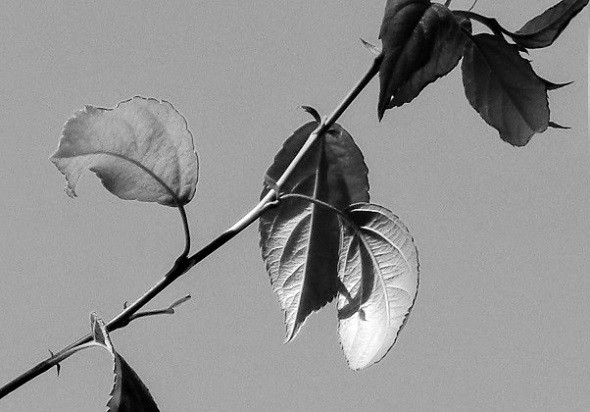 In The Hunting Ground, there were plenty of women in authority who spoke out on this topic, but I could only count on one hand the number of men who stood up against the perpetrators of sexual crime on campuses. Even worse, zero from so-called male leadership of our college institutions made any remarks on the record…

One of the most heartbreaking stories featured in The Hunting Ground comes from an interview with Tom Seeberg, whose daughter Lizzy committed suicide in the aftermath of being sexually assaulted by Notre Dame football player Prince Shembo, who now plays for the Atlanta Falcons…

A University of Notre Dame football player who allegedly sexually assaulted a young woman who later killed herself has been cleared of wrongdoing by a university disciplinary hearing.

Elizabeth “Lizzy” Seeberg, a 19-year-old Northbrook, Ill. native who was a student at St. Mary’s College, died of a suspected drug overdose on Sept. 10, 2010, little more than a week after she initiated a formal complaint against a male student-athlete which alleged unwanted sexual contact, per an AP report…

TAOS, N.M., May 5, 2015 /PRNewswire/ — Rites of Passage and Imagica Pictures have launched a new Kickstarter campaign, https://www.kickstarter.com/projects/1178181924/the-light-in-the-shadow-a-documentary-film-on-pris, to raise funds for their new documentary on prison reform, The Light in the Shadow…

Heartfelt stories reveal the horrors and the very dark side of prison then move toward attainable solutions proven to create positive change. Interviewed are former inmates, family members, a former corrections officer, a concerned citizen and three distinguished artists. Woven throughout are striking, sometimes chilling photos of the Santa Fe Penitentiary, art created by inmates, letters written from prison and a memorable soundtrack.

“There are general feelings of hostility and hopelessness in prisons today and it is getting worse with overcrowding…Being in prison is the final ride downhill unless one can resist the things around him and learn to function in a society which he no longer has any contact with. Arts programs for many of us may be the final salvation of our minds from prison insanity. It’s contact with the best of the human race. It is something that says that we, too, are still valuable.” …

ALBUQUERQUE, N.M., April 28, 2015 /PRNewswire/ — Exagen Diagnostics, Inc., a commercial-stage diagnostics company committed to addressing the significant unmet need for the accurate diagnosis and monitoring of patients affected by autoimmune rheumatic diseases, announced today that its Avise SLE+ Connective Tissue 2.0 diagnostic has achieved the milestone of 50,000 orders since launch, and that adoption continues to grow. The Avise diagnostic test assists physicians in identifying Connective Tissue Disease (CTD), including, but not limited to, Systemic Lupus Erythematosus, Sjogren’s, Systemic Sclerosis and Rheumatoid Arthritis. CTD affects over 11 million patients in the U.S. alone. The Avise test supports significantly accelerated time to diagnosis, allowing for a more appropriate course of treatment for patients…

REQUESTING THE DEPARTMENT OF HEALTH TO STUDY THE IMPACT OF
ALCOHOL ON THE ECONOMIC, HEALTH AND WELL-BEING OF NEW MEXICANS
AND REPORT TO THE INTERIM LEGISLATIVE HEALTH AND HUMAN SERVICES
COMMITTEE AND THE LEGISLATIVE FINANCE COMMITTEE.

In addition to its medical cannabis seed-to-sale traceability system, BioTrackTHC’s contract-winning proposal includes a web-based registration system for all potential program cardholders (qualified patients, primary caregivers, licensed non profit producers, etc.) and a proprietary smartcard system designed to identify expired and counterfeited patient cards, as well as to prevent the over-dispensing of medical cannabis to any patient or caregiver…

BioTrackTHC’s marijuana seed-to-sale Traceability System for government agencies is currently utilized by the state of Washington, and its marijuana seed-to-sale Enterprise System for businesses is currently utilized in over 1,000 medical cannabis and recreational cannabis facilities across 18 states, Washington D.C., Canada, and South America. These technologies enable government agencies and businesses to track every plant and every gram of cannabis throughout the entire production lifecycle—cultivation, harvest and cure, quality assurance testing, transportation, destruction, and sale—bringing transparency, accountability, and meaningful insights to cannabis operations…

The survey was conducted in August and September of 2013.

Medical Cannabis Program Statistics as of 3/4/2015

Medical Cannabis Program Statistics as of 4/30/2015