The federal government has made marriage promotion among single mothers a key part of its continuing effort to fight poverty. But that approach has missed the mark because marriage doesn’t provide the same benefits to poor, single mothers as it does for others, according to Kristi Williams, associate professor of sociology at The Ohio State University.

“If the goal of marriage promotion efforts was truly to lower poverty rates and improve the well-being of unmarried parents and their children, then it is time to take a different approach,” Williams said. That could include preventing unwanted births and giving more child care support for single mothers, she said…

Marriage promotion became an official U.S. policy in 1996 when Congress passed welfare reform legislation that allowed states to spend welfare funds on a range of efforts to get single mothers to marry. It has continued, with some modifications, to this day.

“But the flaw in this approach is the assumption that all marriages are equally beneficial,” Williams said…

Other countries similar to the United States are much more successful in keeping single mothers out of poverty. One recent study suggests that the poverty rate of U.S. single-parent households is nearly twice the average of 16 comparable countries…

“All we know is still infinitely less than all that remains unknown.”  William Harvey

“Education is what remains after one has forgotten what one has learned in school.”  Albert Einstein 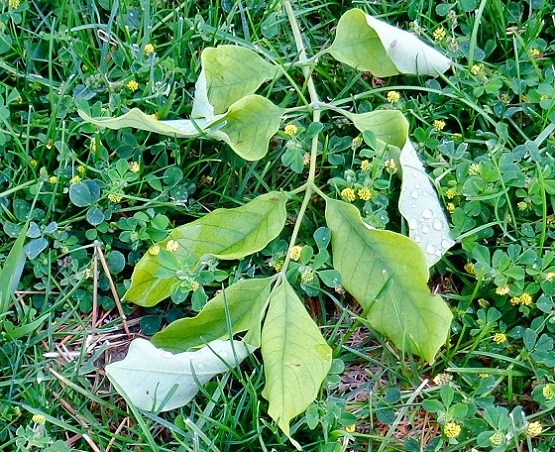 “I don’t think of all the misery but of the beauty that still remains.”  Anne Frank

PROVIDENCE, R.I. — The National Heroin Threat Assessment released Friday by the U.S. Drug Enforcement Administrations shows heroin use and availability are on the rise, with more heroin-related deaths than at any time in the last decade.

Funny how the media is only showcasing the problems with heroin, when:

Nationally, the number of deaths involving heroin more than tripled to 8,260 overdose deaths in 2013, from 2,402 deaths in 2007, according to the U.S. Centers for Disease Control and Prevention…

Although fewer people presently use heroin than other illicit drugs, the heroin user population is growing at a faster rate than any other drug of abuse, the DEA said in a statement.

This one report is only about heroin, no other drug.  See, it’s important for the DEA to create reports like this — it’s called job protection.  First, the DEA causes the problem with its war on pain patients — restricting access to pain medications by fear and threats, and closing down doctors, pharmacies, and suppliers — then it reports on the resulting problems so everyone thinks we need to keep funding the DEA.

The higher demand for heroin is partly driven by an increase in controlled prescription drug-abuse over the past decade. A recent SAMHSA study found that four out of five recent new heroin users had previously abused prescription pain relievers.

And I bet 5 out of 5 heroin users previously abused alcohol and cigarettes, too.  No doubt 4 out of 5 heroin users are also survivors of some kind of trauma, like child abuse, domestic violence, sexual assault, bullying, discrimination, gun violence, and/or poverty. And I would guess that a significant percentage suffer from mental illnesses, some of which are undiagnosed.

And what does that mean, that the SAMHSA study found four out of five “recent new” heroin users had previously abused pain meds?  What percentage of heroin users are recent or new?

Heroin is now higher in purity, less expensive, and often easier to obtain than illegal prescription painkillers and is of a higher purity, so it can be smoked or snorted, thereby avoiding the stigma associated with injection, the DEA statement said…

“DEA is targeting the cartels that produce and smuggle heroin into the U.S. and organized criminals that distribute this poison,” DEA Administrator Chuck Rosenberg said. “We will continue to combat heroin trafficking to protect Americans from this severe and growing threat.”

The DEA has been “targeting” cartels for as long as I’ve been alive.  (And that’s a long time.) And it’s only “poison” because of the drug war and because it wasn’t manufactured by Big Pharma and prescribed by a doctor.  If heroin is now allegedly of a higher purity, why call it poison?  To stigmatize both the drug and those who use it, just like the DEA has stigmatized and criminalized pain patients and the drugs they use to treat their pain.

The problems with heroin are similar to those with cannabis, which is still federally illegal and illegal in most states, giving rise to synthetic and poisonous drugs like Spice.

Thanks DEA, ya’ll are doing a bang-up job. 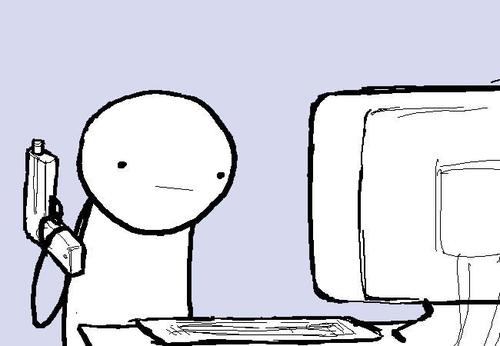 Researchers have found evidence that atheists are disliked and distrusted because of the widespread belief that people behave better when they think an almighty divine power is watching their every move. But Cook and his colleagues have proposed another hypothesis: Atheists are disliked because they pose a fundamental threat to the worldview of religious people, a worldview that helps them mitigate “the potential terror arising from the uniquely human awareness of death.” …

The findings support the idea that one of the reasons people dislike and distrust nonbelievers is because atheism poses a threat to theistic worldviews that help people cope with human vulnerability and mortality.

“There are currently 13 million self-identified nonbelievers in the United States,” Cook and his colleagues said. “Despite these large numbers, atheists remain stigmatized, and many are understandably reluctant to openly profess their disbelief in God.” …

Self-criticism is a normal part of the human experience — but sometimes criticizing oneself can get out of hand. Excessive self-criticism is feature of a number of psychological disorders, the United Kingdom researchers note in their study, including eating disorders, depression, social anxiety, schizophrenia, and personality disorders…

Scientific research — and a mountain of anecdotal evidence — already established that MDMA elicits pro-social feelings, such as compassion and a sense of connection with others. This new study suggests that those pro-social feelings can also be directed at oneself…

The use of MDMA also appeared to be particularly effective for participants who scored high on measures of attachment avoidance. These are people who do not feel comfortable being “close” with another person. Attachment avoidance refers to an emotional withdraw from relationships to avoid frustration and disappointment…

More than a half-million U.S. patients had medication costs in excess of $50,000 in 2014, an increase of 63 percent from the prior year, as doctors prescribed more expensive specialty drugs for diseases such as cancer and hepatitis C, according to an Express Scripts report released on Wednesday…

Health insurance covered 97.4 percent of the drug expenses among patients prescribed at least $50,000 worth of medicines in 2014, according to Express Scripts, the largest U.S. pharmacy benefit manager. By contrast, patients with less than $1,000 in total prescription medication costs paid 35 percent of the bill out of pocket…

Anti-depressant use among those also taking a specialty medicine was more than twice the national average, the report found…

Last week I wrote a post about insureds and claimants volunteering for worthwhile causes in their communities only to wind up with denied disability claims because insurers, like Unum, equate volunteer activity with measures of work capacity.

Unum’s insane giant leap from a few hours of volunteer work to the physical or mental ability to sustain full-time jobs in a competitive work place is an indication of the company’s desperate attempts to deny more and more claims.

Although in concept “volunteering” is good mentally and physically for disabled persons, there are ground rules insurers look for in making comparisons to “own occupation” definitions and the ability to perform work. First and foremost, insureds (and their physicians) often make the mistake of providing Unum with medical restrictions and limitations that actually preclude volunteer activity…

Senate Judiciary Committee Chairman Chuck Grassley has asked Attorney General Loretta Lynch to tighten scrutiny of Medicare Advantage health plans suspected of overcharging the government, saying billions of tax dollars are at risk as the popular senior care program grows. In May 19 letters to Lynch and Andrew M. Slavitt, acting administrator of the Centers for Medicare and Medicaid Services, Grassley wanted to know what both agencies have done, together and apart, to stamp out overcharges that have plagued the privately run insurance program for years…

On April 14, DaVita Healthcare Partners Inc., headquartered in Denver disclosed that Justice Department investigators had subpoenaed Medicare Advantage billing data and other records from January 2008 through the end of 2013…

A Republican complaining about the overcharging of a privately-run health care program? That’s so… ironic.

Suzan Roll, a retired interior designer who lives in Palm City, Florida, has been ordering medicines online since her husband needed a prescription medicine for a heart condition about seven years ago. She has ordered half a dozen medicines for herself, her husband and her son since then. She purchased an estrogen ring that would have cost her $240 through Medicare for only $79 on a website. When her son needed Lexapro, an antidepressant, she bought it for around $40 online instead of paying $125 at a brick-and-mortar pharmacy…

But in many cases the drugs that patients purchase online are the real thing, only far cheaper. Virtually everyone agrees that consumers should avoid purchasing from online pharmacies that are “rogue” and wholly unlicensed. But others are fully licensed to sell medicines in other countries and have been certified or verified by groups that monitor online pharmacies…

All the medicines obtained from any type of certified pharmacy proved legitimate, but that those that were certified by CIPA or PharmacyChecker were half as expensive as the drugs ordered from U.S.-based outlets certified by VIPPS or LegitScript.com…

Several members of the Alliance for Safe Online Pharmacies are pharmaceutical companies that would like to prohibit cheap shipments of drugs from overseas, including Eli Lilly and Company, Takeda Pharmaceuticals, Merck, Amgen and Boehringer Ingelheim. The group also represents American brick-and-mortar pharmacists including members of the American Pharmacists Association and the National Association of Chain Drug Stores. The Partnership for Safe Medicines, which runs similar consumer awareness campaigns against online pharmacies, has board members from Merck and PhRMA, a drug industry group…

These industries have also convinced other companies to join the cause – today, Microsoft, Yahoo and Google permit only online pharmacies accredited through VIPPS to advertise in the U.S. Credit card companies including Visa have also started to decline payments to online pharmacies that are not VIPPS-certified – as Roll discovered when she tried to place her most recent order…

To have access to certain prescription medications, I’m sure that many chronic pain patients have purchased drugs over the internet.  I admit there was a time when I did, and although purchasing drugs not covered by insurance is expensive, I didn’t have a problem with the drugs not working. However, this was a long time ago, and I know the U.S. Postal Service is working with the DEA to intercept these kinds of packages.

There are a lot of risks involved in purchasing drugs on the internet, but when you’re just trying to survive, sometimes you’re willing to take those risks.  Ya’ll be careful out there…

Re:  Closed captioning for “Last Week Tonight” on YouTube

To whom it may concern:

I have a friend who is deaf and she has been unable to watch Last Week Tonight because of the problems with closed captioning on YouTube. I’m sorry if this email has been sent to you erroneously, but I’m not on Facebook or Twitter, so I don’t know how to communicate with John Oliver. I went to the HBO “site feedback” website, but all I got was a black screen, and I can’t find an email address for YouTube. If you could forward this email to the correct people, I would really appreciate it.

I have a pretty good vocabulary, but I am unable to find the words to describe how very awesome these cinnamon rolls are…  Seriously.