My blog is two years old this week. And in honor of such an accomplishment, it’s time to celebrate trees again. 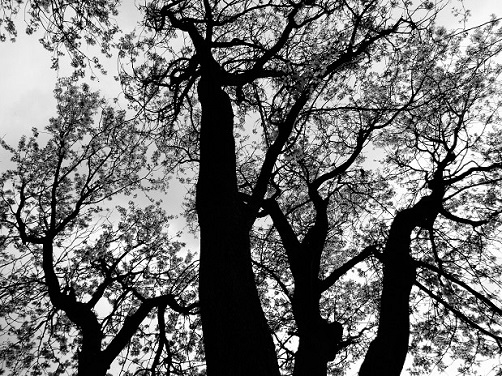 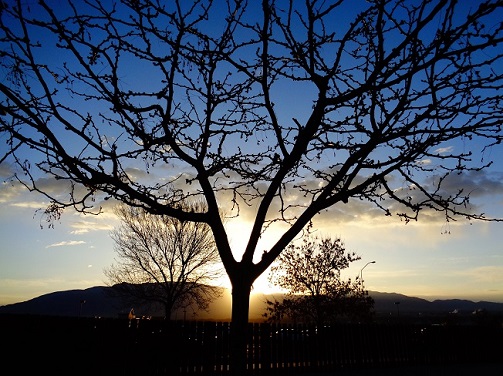 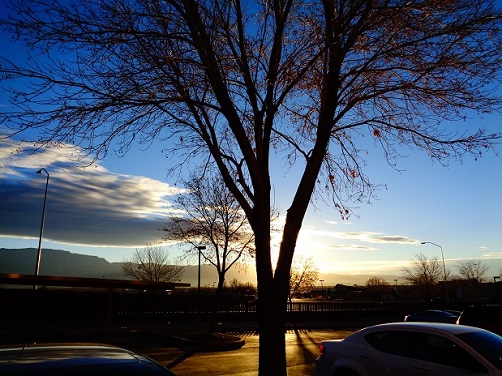 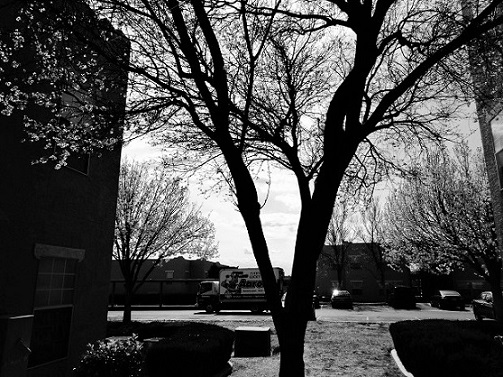 President Obama promised jobs and he delivered. But these were 21st-century jobs, like in a call center or an Amazon warehouse. Trump has promised jobs by negotiating better trade deals and building a wall to keep out job-stealing foreigners, but these are only pieces of the puzzle. It’s not the whole picture.

Obama saved part of the auto industry, but this year, I’ve seen lay-offs in just about every industry. Americans want good-paying jobs with adequate benefits, but they don’t really exist anymore. Corporations don’t have to pay good wages or supply benefits when they can go overseas for cheap labor, no benefits, and no environmental regulations. Even China is talking about raising prices so that wages can be increased. (China!) Many Americans haven’t yet realized that they’re competing for jobs with people from all over the world. This is the digital age, where concrete walls and borders don’t exist.

Republicans convinced Americans all over the country that unions were anti-business, so Americans destroyed the only power that could save middle-class jobs. Who else was gonna do it? American workers have had to fight for themselves, which obviously doesn’t work. Especially after Republicans destroyed the different ways Americans have used to fight back, like capping legal damages. Maybe some people think it’s a good thing that the legal industry has shrunk so much, but who’s left to fight?

If Trump is even able to bring back good-paying jobs, who will fight to keep them? (Many years ago, New Mexico paid Intel to open up a location in this state, but the relationship didn’t last. After many rounds of lay-offs, the city where most of the workers lived is now a ghost town.)

What kind of jobs will Trump help to create in this country? Could a President make Intel stay in New Mexico or is all of this going to be business that’s left up to the states? In other words, nothing will change.

This from Rudy Giuliani on CNN today:

“You’re forgetting his campaign promise of increasing dramatically the size of the military and doing away with the sequester. We’re going to go up to 550,000 troops… we were going down to 420,000… and we’re going to increase the size of the Marines… So he’s going to be facing Putin with a country that’s not diminishing it’s military, but a country that’s dramatically increasing it to Reagan-like levels, so that he can negotiate… he’s going to negotiate for peace, but with strength…”

I suppose dramatically increasing our military will put more Americans to work. (There are probably not very many foreigners or immigrants in our military taking jobs away from Americans, but since Bush’s wars, the military hasn’t had that high of a bar for admittance.) Are these the jobs that Trump supporters want, to work for the government, specifically the military?

As far as I know, it’s mostly corporations that outsource contractors from other countries, not the military. Thing is, the military relies on contractors from the private sector quite a bit. I guess it will be poor Americans who fight on the ground, while the “elite” work at their desks from around the world — the type of job that pays well and has good benefits. (The recession caused a lot of job loss in state and local governments — but not so much in Washington.)

I recently saw a billboard advertising for the Marines. It talked about honor. There may be honor in serving this country, but I can find no honor in war. (And just because I’m anti-war, that doesn’t mean I’m anti-military.)

Every day is veteran’s day because America can’t stop fighting wars. Trump wants to increase our military when we haven’t even financially recovered from Bush’s wars. How many women and men will he send into danger? How many will come back broken beyond repair?

There are men and women who will suffer for the rest of their lives with medical conditions caused by their military service. It would be one thing if the healthcare system took care of our veterans, but that’s not always the case.

This country has been cutting back on spending for services we depend on just so we could pay for Bush’s wars, like infrastructure and education. Americans have been cutting back to pay for 9/11 for the last 15 years.

Here in New Mexico (as reported on 11/4/16 by the right-leaning and financially-in-trouble Albuquerque Journal):

“With New Mexico in the middle of a budget crisis, cities and counties around the state are going to have to look for new ways to boost behavioral health services and fight the effects of opioid abuse. Bernalillo County Commissioner Maggie Hart Stebbins made the comments while visiting Washington, D.C., for a meeting hosted by the White House Office of National Drug Control Policy. Hart Stebbins and other officials on Thursday talked about the potential of pay-for-success programs in which local governments make payments to contractors and other service providers only if they meet certain milestones and outcomes…”

It appears that government has embraced the idea of corporations proving success before they get paid. But is this a good idea in the healthcare industry? What kind of successes are they expecting in addiction programs? What will clinics do — how far will they go — to make their patients “succeed”?

The drug war costs billions of dollars. States can’t afford to provide adequate healthcare. We’re in a gigantic financial hole from Bush’s wars — wars that Obama has continued, albeit at a much smaller pace. Military spending was out of control for so long. Americans have given their military a blank check, with very little accountability. Obama reigned in the spending, but just in how fast it was growing. Military spending has always included an annual increase. Can’t say the same for Social Security. In fact, presidents have stolen money from Social Security to fund the military.

And now Trump wants to make our military even bigger. We already have the biggest military on planet Earth. Maybe even in the whole galaxy. Our military is everywhere. Why do we need to make it bigger? As a show of force? Does Trump need a gigantic military at his back so he can negotiate with other countries? Well, guess what? He already has one.

Luckily, there are some answers to Flynn’s views in a book he published in July, “Field of Fight: How We Can Win the War Against Radical Islam”. Flynn claims that the United States is in a “world war” with radical Islam, a war that “we’re losing” that could last ‘several generations.” He also asserts that “political correctness forbids us to denounce radical Islamists.”

American Islamists, Flynn claims, are trying to create “an Islamic state right here at home” by pushing to “gain legal standing for Sharia.” Flynn cited no evidence for this claim.

In particular, Flynn portrays Iran as the source of many of America’s national security problems…

Flynn advocates going after the “violent Islamists wherever they are,” which doesn’t sound much different than what the Obama administration is already doing, given that it is conducting various forms of warfare in seven Muslim countries…

Looks like Trump and his cronies are gonna pick a fight with Iran. Will we never stop fighting over oil? Hey, Trump supporters, if we had more solar and wind power, we wouldn’t have to depend on other countries to supply our oil addiction. Or do all you gun-lovers enjoy wars that last forever? As Trump’s new cabinet member says, we’ll be fighting radical Islam for “several generations.”

Trump, the New Face of War. How appropriate. I guess the best we can hope for is that he doesn’t push the button.