The question initially arose when The New York Times Magazine polled its readers last month and found that a plurality of respondents said they would, in fact, kill Hitler as a baby…

Is infanticide the only answer? Couldn’t we just send baby Hitler to another country? Wouldn’t that stop him from becoming Hitler? Would another Nazi rise to fill his space in history? And who is responsible for what the baby grew up to be? Do you think Jeb Bush asks himself these questions? 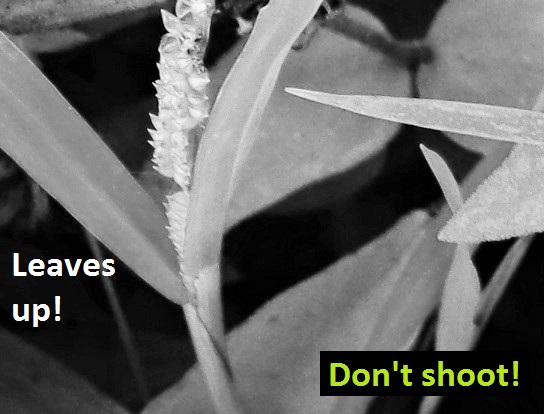 The father of 6-year-old Jeremy Mardis, the boy who was shot to death by police last week while a passenger in his dad’s vehicle, had his hands up as officers opened fire, police body camera video shows, according to the father’s lawyer…

Police said Few, 25, was driving his SUV, pursued by police, when officers fired at least 18 rounds in the direction of the vehicle. Police initially said the marshals were attempting to serve Few a warrant when he attempted to reverse his SUV into the officers. Edmonson, however, said there’s no evidence of a warrant for Few and couldn’t confirm that Few attempted to back into the officers. The state police leader also said no gun was found that could be linked to Few.

The boy was the youngest person killed by police in the U.S. this year, according to unofficial data collected by The Guardian.

An obituary described Jeremy as “a very loving little boy and a true gift from God.” 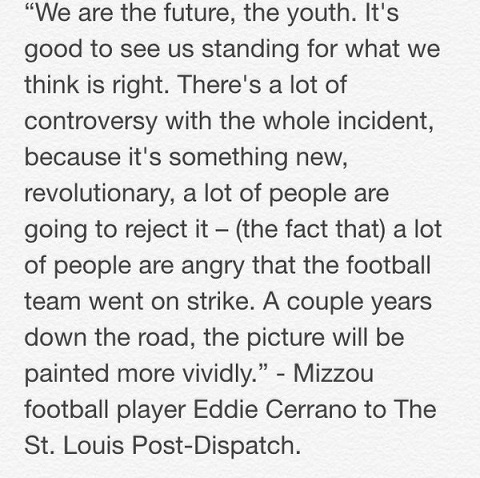 The American Academy of Pediatrics continues to take heat for its stance in favor of male infant circumcision. Should physicians recommend circumcision for newborn boys?

When my son was born, there was never a question about circumcision. I don’t remember anyone asking me how I felt about it, or educating me on the benefits and harms. But there is research showing that pain felt as a baby can negatively affect the adult:

(2004) Are There Long-Term Consequences of Pain in Newborn or Very Young Infants?

When you consider that anesthesia is often not used during these procedures, I would say this amounts to torture.  It would be interesting to see a study of those who were circumcised and those who were not — what correlations would be found, especially dealing with mental illness and chronic pain (even cancer)? When do memories of trauma form and can they survive infancy?

As for the health benefits and harms of being circumcised, I’m going to leave that for the men to debate. As a woman, while I was sexually active, I never came across a guy who wasn’t circumcised. But, as women, we should be accepting of all kinds of penises, no matter what they look like. 🙂

Yes, here on my blog, I can offer you visuals of all kinds of grass. Legal grass and illegal grass. Here’s some legal grass with pomegranate sauce: 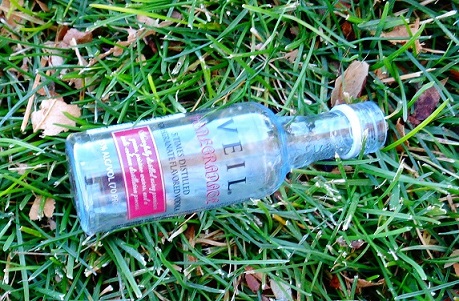 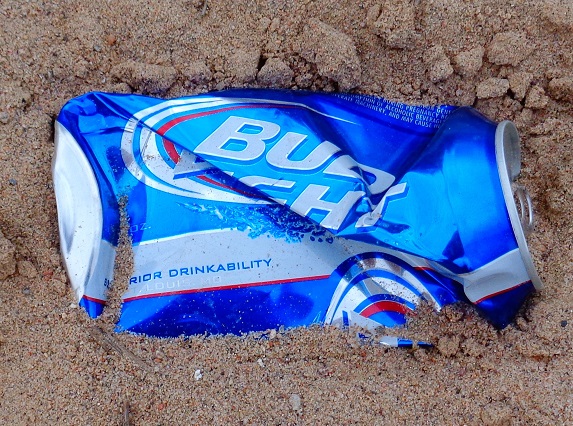 “Forgiveness is the fragrance that the violet sheds on the heel that has crushed it.”  Mark Twain

“The brutalities of a fight with bare hands, the crushed nasal bones, maimed lips, and other disfigurements, which call for the utter abolition of boxing in the interests of humanity, at once disappear when the contestants cover their hands with large, soft-leather gloves.”  John Boyle O’Reilly

“It is the destiny of mint to be crushed.”  Waverley Lewis Root 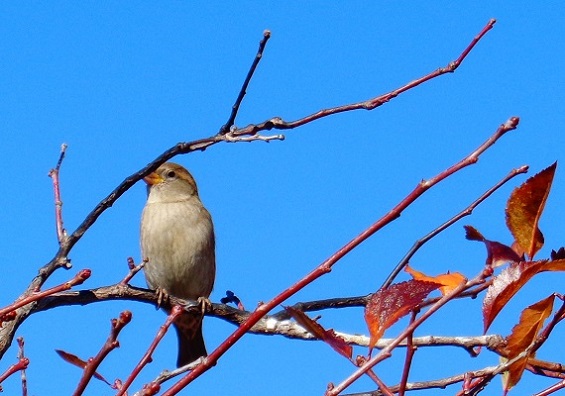 I had to make a special trip to Walmart today (because Claritin-D). Once in awhile, I see this chipper young woman behind the cash register, like today. She always says she likes the sayings on my t-shirts, and I compliment her on her chipper-i-ness.

These birds were enjoying the sunshine next to my car in the Walmart parking lot: 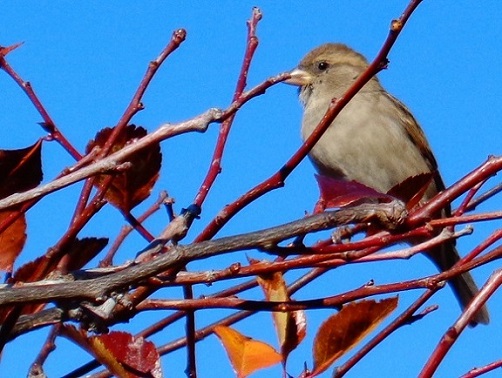 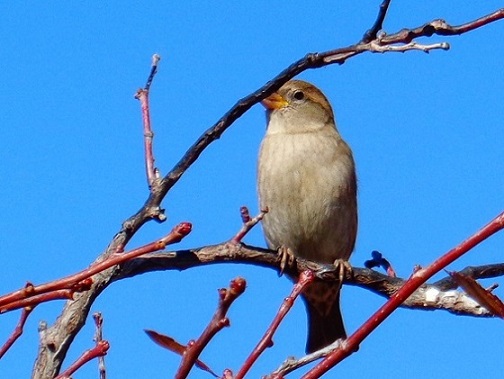 While making friends with my neighborhood squirrel this afternoon (through the international symbol of friendship — free food), I noticed that the honeysuckle are still hanging on: 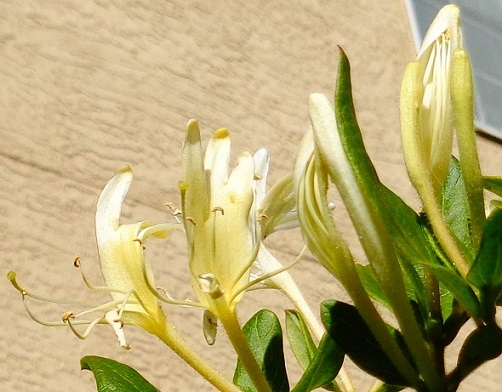 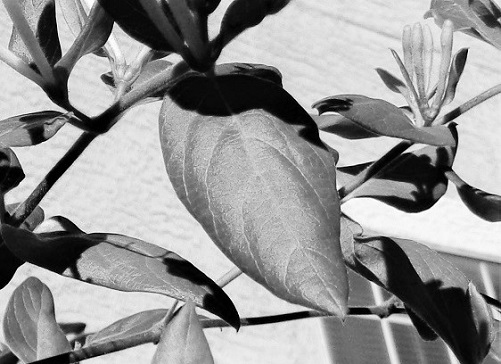 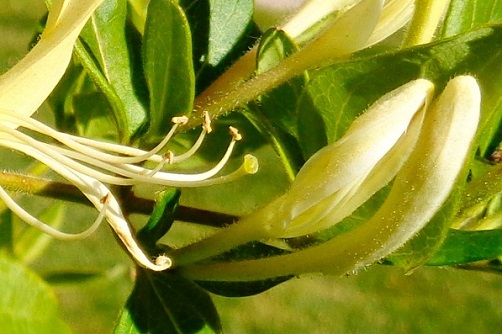 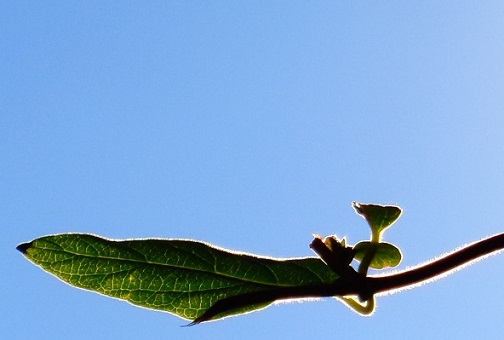 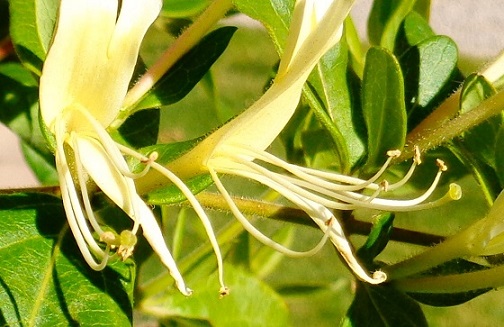 It took me all day to make homemade pizza, and now that I’m uncomfortably full of cheese (and mushrooms, bell peppers, and onions), I still don’t feel like scrubbing my toilet.  Maybe tomorrow…