When the DEA closes down a doctor, clinic, or pharmacy, the ones who suffer are the patients. It’s the same when law enforcement closes down a marijuana grow operation:

In an operation that raises questions over the rights and limits of tribal sovereignty, Mendocino County sheriff’s deputies on Sept. 22 raided a medical marijuana grow operation on Indian land just outside Ukiah—targeting a project hailed as a new economic model for cash-strapped tribes. Some 400 outdoor plants were eradicated on lands of the Pinoleville Pomo Nation. Deputies also seized more than 100 pounds of trimmed and drying bud at a Ukiah laboratory run by the tribe where cannabis-infused honey oil was being produced…

Dr. Jenison, too busy to answer my email:

Come to the September New Mexico PBS Science Café and watch a segment of PBS NewsHour and join in a discussion with Dr. Steve Jenison, Medical Advisory Board Chair of the New Mexico Medical Cannabis Program. Jenison will provide an expert overview of the clinical and practical therapeutic potential of cannabis and the endocannabinoid system.

Admission is FREE but a Reservation is Required. Seats are limited and available on a first come, first served basis. RSVP to Rose Poston: 277-2396 or Online.

I already know everything I need to know about the efficacy of cannabis. What I need is for the New Mexico Medical Cannabis Program to somehow become affordable, and for dispensaries to sell quality bud. Why don’t you work on that, Dr. Jenison?

Why Right-Wing Christian Leaders Are Often Indifferent to Needless Suffering

This is not a fringe position in the Catholic Church, which has long extolled the spiritual virtues of suffering. Mother Teresa’s attraction to pain shaped her ministry to the dying, and one of the most serious criticisms of her Calcutta homes was that patients were denied modern medical care to relieve pain even when the Missionaries of Charity had the funding to do so. By her own report, Mother Teresa once told a woman to imagine that her suffering was kisses from Jesus. “Suffering, pain, sorrow, humiliation, feelings of loneliness, are nothing but the kiss of Jesus, a sign that you have come so close that he can kiss you.”

One place this clash of values is playing out is in hospitals and outpatient clinics across the U.S. that have been absorbed by Catholic healthcare corporations. The mergers leave no non-Catholic care option in many communities—as, for example, in seven Washington counties where all hospitals are now Catholic owned or managed. By design, merger contracts between secular and Catholic health care systems often require that once secular institutions become subject to the “Ethical and Religious Directives” of the Catholic bishops. Like ALL’s meme and Mother Teresa’s homes, these religious directives promote suffering over patient choice in dying:

Catholic health care institutions may never condone or participate in [death with dignity] in any way. . . . Patients experiencing suffering that cannot be alleviated should be helped to appreciate the Christian understanding of redemptive suffering…

Given the words of the Bible writers, and given the words of Christianity’s patriarchs, one can understand the muddled mentality that allows right-wing Christians to feel virtuous while promoting policies that force people to suffer against their will. If only pain has the power to cleanse sin, and only God gets to decide when enough is enough, then offering people choices about the beginnings or end of life denies the devil his due.

Just one reason (among many) why I’m an atheist.

But don’t blame the voters, says a new study, which instead ties the trend to the Telecommunication Act of 1996, a train wreck legislation that was supposed to remove the shackles of regulation, let a million stars twinkle, and so on and so forth.

What happened instead, says the study by Washington State University, is that the television industry was no sooner deregulated than it raced to consolidate, resulting in slashed newsroom budgets and ratings competitions that turned into a race to the bottom…

We know that women outnumber men significantly when it comes to mental illness diagnosis — they’re twice as likely to be found to have depression and anxiety disorders — but the reasons why are less clear.

New research from the University of Montreal, published in the journal Psychoneuroendocrinology, points towards greater emotional reactivity in women as one possible explanation for gender differences in mental illness…

People who have it say it can be excruciating. Tinnitus causes pain and a constant ringing in the ears that makes it almost impossible to concentrate or enjoy a social gathering.

Worst of all, there’s little they can do about it. There are treatments that can help, but no cure.

Now, neuroscientists at Georgetown University Medical Center and colleagues in Germany say they’ve discovered the brain condition that causes it. It’s not a cure, but researchers say it is the first step toward finding one.

Writing in Trends in Cognitive Sciences, the scientists describe how the brain mechanisms that normally control noise and pain signals can become dysfunctional, leading to a distorted perception of these sensations.

Like an electrical engineer, they were able to trace the flow of these signals through the brain to where “circuit breakers” should be working — but aren’t.

Josef Rauschecker, a member of the German research team, says a brain injury sometimes scrambles the sensory apparatus. He says tinnitus can occur after the ears are damaged by loud noise. After the brain reorganizes itself, it continues to “hear” a constant hum or drum.

Meanwhile, chronic pain can occur from an injury that often is healed on the outside but persists inside the brain.

“Some people call these phantom sensations, but they are real, produced by a brain that continues to ‘feel’ the initial injury because it cannot down-regulate the sensations enough,” Rauschecker said. “Both conditions are extraordinarily common, yet no treatment gets to the root of these disorders.”

The researchers believe the key to finding a cure for Tinnitus is repairing the brain’s “circuit breakers,” restoring the brain’s central gatekeeping system for control of perceptual sensations.

Doctors say people who have tinnitus may also complain of fatigue, stress, sleep problems, and anxiety.

You may be at higher risk of developing tinnitus if you are over 65 and male. Also, people exposed to loud noises for extended periods of time and those with post-traumatic stress disorder (PTSD) have higher rates of tinnitus… 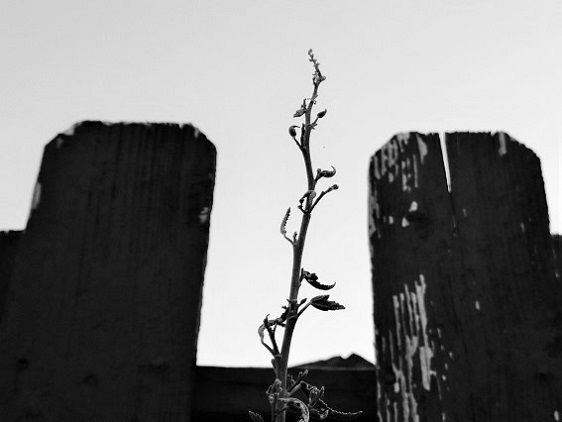 Maybe if suicide wasn’t against the law, this man might still be alive.