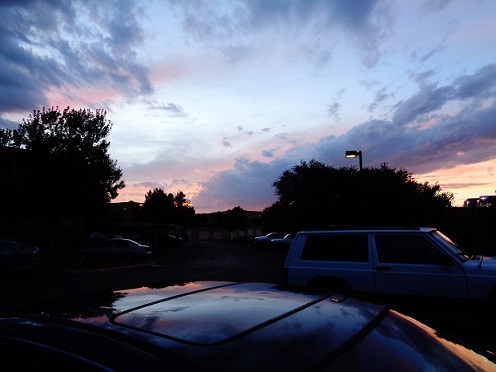 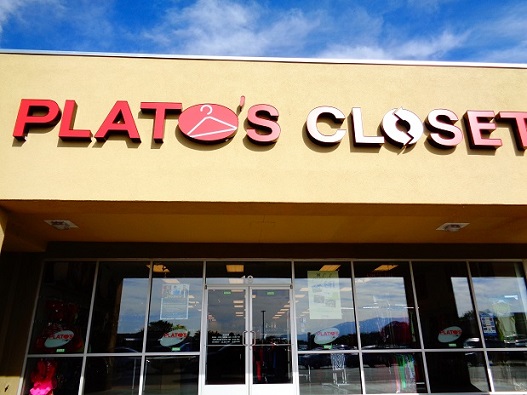 One of the penalties for refusing to participate in politics is that you end up being governed by your inferiors.

Courage is knowing what not to fear.

Knowledge which is acquired under compulsion obtains no hold on the mind.

Nothing in the affairs of men is worthy of great anxiety.

He was a wise man who invented beer.

Oakland, California (CNN) — To some people, hip-hop lyrics are about misogyny, materialism, drugs and violence.

But to Tomás Alvarez, they’re about something more. They’re a way to help teens overcome hardship.

As a high school social worker in Oakland, California, Alvarez was frustrated by the number of boys of color he saw dropping out of school or falling into the criminal justice system. And he found it challenging to reach them through traditional therapy.

“The honest truth is that our public school and mental health systems are not well-equipped to address trauma in a way that is resonating with them,” Alvarez said.

So he tried a different approach.

“I started one of the country’s first hip-hop therapy programs,” said Alvarez, who co-founded Beats Rhymes and Life, a nonprofit that provides free counseling sessions to Bay Area youth…

For years leaders at the top levels of the government have acknowledged the high suicide rate among veterans and spent heavily to try to reduce it. But the suicides have continued, and basic questions about who is most at risk and how best to help them are still largely unanswered. The authorities are not even aware of the spike in suicides in the 2/7; suicide experts at the Department of Veterans Affairs said they did not track suicide trends among veterans of specific military units. And the Marine Corps does not track suicides of former service members.

Feeling abandoned, members of the battalion have turned to a survival strategy they learned at war: depending on one another. Doing what the government has not, they have used free software and social media to create a quick-response system that allows them to track, monitor and intervene with some of their most troubled comrades…

Many of the Marines had deployed to Iraq just eight months before. At least two had been shot by snipers and one was hit by a grenade in Iraq, but they were redeployed to Afghanistan anyway. All three later killed themselves…

“Something happens over there,” said Mr. Havniear, whose best friend from the battalion tried suicide by cutting his wrists after returning home, but survived. “You wake up a primal part of your brain you are not supposed to listen to, and it becomes a part of you…

In an era of Big Data, when algorithms can predict human patterns in startling detail, suicide data for veterans is incomplete and years old by the time it is available. The most recent data is from 2011…

A 2014 study of 204,000 veterans, in The Journal of the American Psychological Association, found nearly two-thirds of Iraq and Afghanistan veterans stopped Veterans Affairs therapy for PTSD within a year, before completing the treatment. A smaller study from the same year found about 90 percent dropped out of therapy.

The therapies, considered by the department to be the gold standard of evidence-based treatments, rely on having patients repeatedly revisit traumatic memories — remembrances that seem to cause many to quit. Evaluations of the effectiveness of the programs often do not account for the large number of patients who find the process disturbing and drop out…

“What is the good of your stars and trees, your sunrise and the wind, if they do not enter into our daily lives?”  E. M. Forster 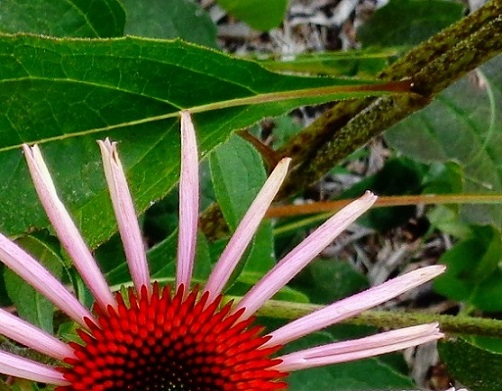 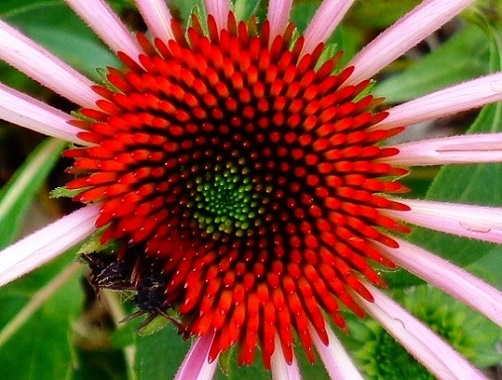 FedUP, a coalition of organizations and doctors concerned about the overuse of prescription narcotics, wants the U.S. Senate to release records it obtained 3 years ago as part of an investigation into financial ties between the opioid industry and nonprofit groups that advocated for use of the drugs in treating pain…

“Recent investigative reporting from the Milwaukee Journal Sentinel/MedPage Today and ProPublica revealed extensive ties between companies that manufacture and market opioids and nonprofit organizations such as the American Pain Foundation, the American Pain Society, the American Academy of Pain Medicine, the Federation of State Medical Boards, the University of Wisconsin Pain and Policy Studies Group, and the Joint Commission,” Grassley and Baucus wrote…

In addition to the pain organizations, the committee also sought records from three leading drug companies: Purdue Pharma, Johnson & Johnson, and Endo Pharmaceuticals. It also requested records from the Center for Practical Bioethics, a Kansas City, Mo., organization that has advocated for pain treatment…

You know, the United Nations also advocates for pain treatment. Anyone want to request records from that agency? Seems to me it’s more important to expose the records of those who are working for the drug war, not against it. That means we need to see PFROP’s records, too, Mr. Kolodny.

And who is supposed to fund the groups that advocate for patients? The patients themselves? Certainly not doctors, the medical industry, or the government. Corporations are allowed to fund breast cancer but not chronic pain? Discrimination and hypocrisy, hand-in-hand.

The FedUP coalition said their goal in seeking release of the records is to bring the nation’s opioid epidemic to an end.

Yes, I’m sure that will do it. Those addicted to drugs have been awaiting the release of these records so they can recover. Please, don’t confuse the political goals of FedUP with those of the “nation.” I assure you, they are quite different.

“This goal will be difficult to achieve if opioid makers, and the groups they fund, continue to promote aggressive and inappropriate prescribing,” the group said. “We urge you to release the findings from the Committee’s investigation of their activities.”

Another goal is to expose the financial connections before new guidelines on the treatment of chronic pain are finalized, said Andrew Kolodny, MD, executive director of the Physicians for Responsible Opioid Prescribing. Kolodny said the CDC is working on the guidelines and he expects that pain groups will oppose them.

“By making the findings of the investigation public and exposing the financial relationships between pain organizations and opioid makers it will be harder for them to claim that it is the interests of pain patients they are lobbying for,” he said.

“By exposing the financial relationships between the government and the addiction industry, it will be harder for them to claim that it is in the public interest they are lobbying for,” said everyone else.

I don’t know what you’re so afraid of, Kolodny. That the right side will win? You know that the CDC is completely on your side (the side of the drug war), so why are you being so whiny?

Some of the groups continue to promote aggressive opioid use and continue to block federal and state interventions that could reduce overprescribing, Michael Carome, director of Public Citizen’s Health Research Group, said in a statement…

Is there a group promoting aggressive opioid use? Where the heck are they? I’d like to meet them. What about the groups funded by the federal government that advocate for the drug war? It’s time to expose who’s funding all sides working against patients, don’t you think?

“We were surprised that less than 60 percent of all kids received any analgesia . . . and among the kids that actually received it, why there were such marked racial differences in use of opioids,” she said…

The choice of appendicitis for the study was purposeful. Goyal told MedPage Today that her team specifically chose to look at appendicitis because it was well-regarded as a painful surgical condition with accepted guidelines regarding the treatment of pain with opioids. Still, she said she was surprised by the results of the study…

Goyal and colleagues examined National Hospital Ambulatory Medical Care Survey data from 2003 to 2010, and performed a repeated cross-sectional analysis of patients ages 21 years or younger who were evaluated in the ED for a ICD-9 diagnosis of appendicitis. The study population was 68.4% male and 86.6% white…

09.16.2015— Peggy Ake, MSEd.
I was a very sick patient with chronic appendicitis presented in an abnormal way. I was provided with strong opoids during this time. I finally ended up in the ER in critical condition and so critical that they had to use a spinal block, this was 1973, because they were afraid I wouldn’t pull through if I can general anesthesia. Exploratory surgery was done and they found an extremely long appendix that was flat in some places and swollen in others. My appendix was interwoven in and out of my intestines. They had never seen a case like it.

Not getting equal treatment because of the color of a child or adults’ skin color is sad, disgusting and unethical. The pain I had, if it was not treated as well as it was might have easily pushed me towards suicide before I was in critical condition. To hold back opoids for anyone who suffers from appendicitis pain is practicing cruel and inhumane medical care. That’s why you took the Hippocratic Oath, and are breaking that oath when you don’t give adequate pain relief to children or adults with this terribly painful condition.

Please stop discrimination in the ER or before or after surgeries based on skin color. The pain is no less than a White child feels. You doctors who do this should be charged with neglect and physical and mental abuse of these children. I hope you wouldn’t want that type of treatment of your child or family member.

It’s important to note that refusing access to opioids for anyone who suffers from a certain level of pain is cruel and inhumane. I wonder what the average pain level is for appendicitis — is it a 5 or a 10 on the pain scale? Is chronic pain on the same level as appendicitis?

Anti-drug advocates and those who believe in the gateway theory say that a child’s first exposure to drugs is the beginning of addiction. This study is questionable, but if white kids get more opioids than black and Hispanic kids, maybe it explains a few things.

If you look at the type of people who are being blamed for the opioid and heroin “epidemics,” it’s middle-class, white people.  And because of racism, this population was given more and easier access to opioids as children. Of course that’s correlation, not causation.

But the gateway theory could relate to Tylenol being the first drug kids are ever exposed to, along with sugar and caffeine. Still, the drug war, racism, and the lack of access to health care have created different drug addictions in each race, and according to government statistics, it’s mostly white people who are addicted to opioids and heroin. And it’s mostly white people who have insurance and access to our modern-day health care.