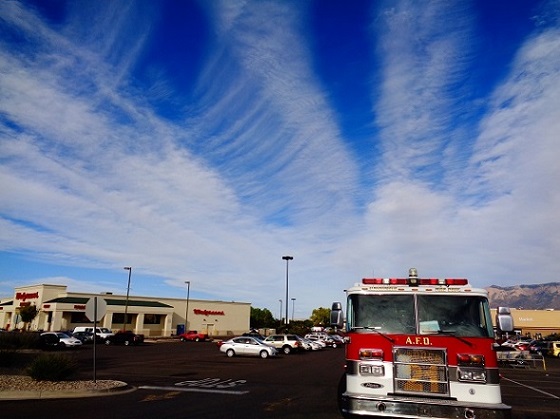 CAMBRIDGE, MASS. — We all mourned the loss of Jon Stewart on The Daily Show in 2015. Along with keeping us entertained and informed, he was the cat that kept the mice at bay, captured so well in the above political cartoon from that year.  FOX News eventually imploded on itself, but many think it would have happened sooner if Jon Stewart had remained on the airwaves.

With the release of the expose on the cable TV industry by well-known fiction author Steven Baird (a bestselling author on Amazon for the past 10 years, at ordinaryhandsome.com), we are now able to look back and see what started the collapse of this huge and powerful industry. While Mr. Baird attributes the industry’s destruction on a confluence of factors, the tech-heads over at MIT — always looking to prove that Big Data is our savior — have provided additional analysis with the recent publication of a media research project on television.

In 2015, AT&T U-verse was listed as the best cable provider, with Comcast Xfinity as number two and Verizon Fios as number three. The number one channel was ESPN, because football. The Walking Dead series was popular, along with The Big Bang Theory, but the most watched channel besides ESPN was FOX News.  Remember Bill O’Reilly?

It was when Bernie Sanders was elected in 2016 that the tables really turned for cable TV. But the MIT data analysis points to a more specific incident which began the industry’s downfall: when Jon Stewart left The Daily Show. The data show a significant decrease in viewership after Stewart left, and as more and more Americans cut the cord. Now we have trouble remembering TV as anything more than football and infomercials.

There was also a significant drop in cable TV viewership when ESPN, in an attempt to keep up with the popularity of fantasy football on the internet, began broadcasting football games for free. It turns out that football fans would rather see avatars get concussions than real players, so this strategy by ESPN didn’t pan out. But it was Jon Stewart’s departure that started the giant boulder rolling at the industry.

Video screens are ubiquitous now — from the one outside for a billboard selling the next best thing, to the one inside The Gap taking our measurements and helping us pick out jeans. The internet killed TV, just like it destroyed privacy. Americans have decided we can do without cable TV. Unfortunately, we have also decided that privacy is an outdated concept.

We don’t miss FOX News or cable TV.  But Jon Stewart on The Daily Show was one of a kind.

The moon over the Q, Friday morning at dawn.

Next Sunday, September 27, people in the United States can see something that hasn’t happened in more than 30 years: a supermoon combined with a lunar eclipse. In the evening, sky-watchers will see a larger-than-normal moon begin to dim and turn red, lasting for more than an hour before returning to its normal brightness and color in the sky. The last time this happened was 1982, and it won’t happen again until 2033.

This light show in the sky is courtesy of two usually separate phenomena occurring at the the same time: The supermoon is what makes the moon appear bigger; the lunar eclipse turns the moon red…

The Special Rapporteur on the right to health has underlined the distinction between drug use and drug dependence. Drug dependence is a chronic, relapsing disorder that should be medically treated using a biopsychosocial approach. Drug use is neither a medical condition nor does it necessarily lead to drug dependence. People who use drugs and people who are dependent on drugs possess the same right to health as everyone else, and those rights cannot be curtailed if the use of drugs constitutes a criminal offence […]

The Special Rapporteur has emphasized that health-care personnel have an obligation to provide treatment on a non-discriminatory basis and not to stigmatize or violate a patient’s human rights. […]

Individuals have sometimes been denied access to medical treatment on the grounds of their prior or current drug use, where evidence does not justify denial of treatment. Such denial has occurred on the rationale that a person’s drug use would make him or her unable to adhere to treatment. The Special Rapporteur notes that adherence to medical treatment is not necessarily lower among persons who use drugs, and should be assessed on an individual basis […]

The safety profile of CBD was particularly reassuring, with no serious adverse events and an overall frequency of adverse events very similar to placebo…

Oh no, not Dairy Queen…

The Somerville Arts Council is hosting a Pity Party on Thursday evening in Union Square where over 4,000 are expected to gather to listen to melancholy music, hear depressing poetry, run away from sad clowns, and hold half empty beer glasses.  Those who are too overwhelmed by emotion to get dressed or brush their hair are asked to come as they are since the dress code for the free community block party is pajamas…

The town Pity Party isn’t all sadness’s and games. CBS reports that the local health department will provide information and resources about depression for those who wish to seek help.

The event which begins at 6:00 pm on Thursday will be filled with, ‘sad bands, depressing clowns, melancholy poetry, and video games that you just can’t win.’ There will also be ice cream… 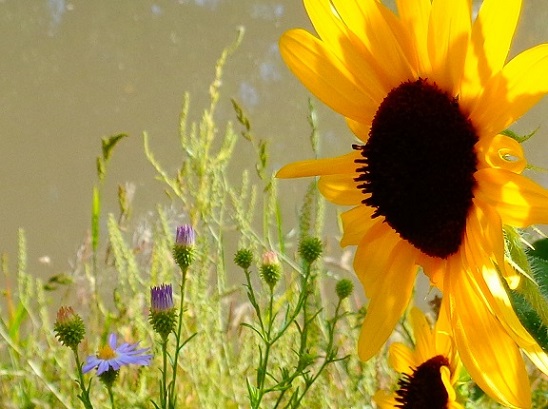 Turns out, there’s more than one field in New Mexico where one can find sunflowers. 🙂 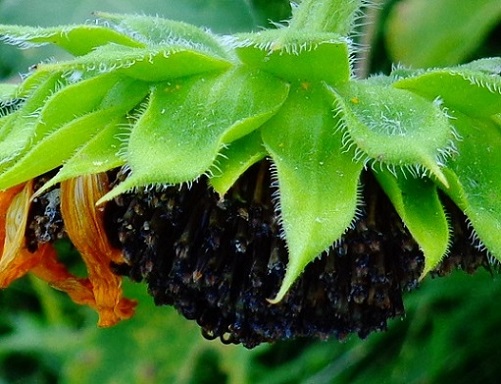 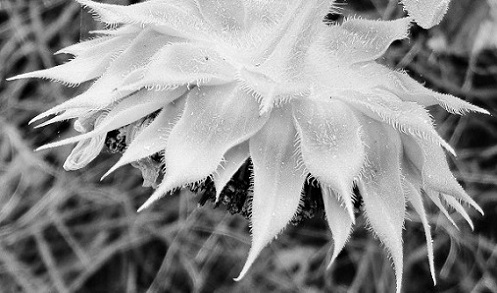 As I mentioned in my last post, I visited the local skatepark recently. Since I found some more graffiti near my apartment complex, I wanted to see if the same artist was also tagging the skatepark. There were about four kids at the park (around 9am on a weekday), and as I wondered around and took pictures of graffiti, three of them left. And then I ran into this really nice kid:

I asked him how I could access the fence-enclosed space next to the park (which was full of sunflowers), and he said there wasn’t an opening. Then he asked me if I was taking pictures of all the “destruction.”

But I didn’t understand all this graffiti. Most of it seemed to just be about ego — signing your name, like a dog, marking your territory. And he chuckled at that, and said some of it was. He went on to say that the people who did it weren’t really bad people. Really. They were just expressing themselves. So I asked him what this one meant: 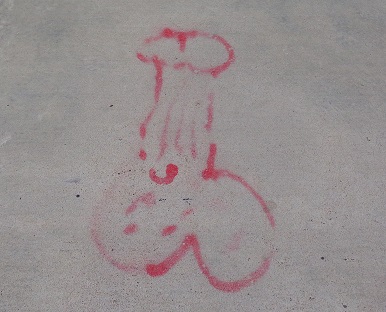 He shrugged his shoulders, laughed, and said he didn’t know.

I talked him into doing some jumps for me, so I could practice my people shots. I suppose I prefer taking photos of flowers and trees — even if it’s windy, it’s a lot easier than taking pictures of moving people.

I tried not to take advantage of how nice the kid was being to an old, disabled lady, and after a handful of shots, I said thanks. I told him if I had some money on me, I’d give him a few bucks for being so nice to me.

He said that wasn’t necessary, karma would take care of it. And I agreed that karma was a good thing. Then I asked if I could take this picture:

I think I’ve found the next Tom Cruise. 🙂  (That white thing in his mouth are his headphones.)