Coca-Cola lovers are suddenly reevaluating their soda intake. That’s thanks to The Renegade Pharmacist, a UK blog run by Niraj Naik, who created an infographic detailing the physical effects a Coke has on the body within the first hour of consumption…

Naik’s stunning graphic inspired HuffPost Comedy to create a similar seven-step chart of our own. This infographic (below) depicts the effects that another great American beverage has on the human body, and that beverage is … PBR…

However, growth in per-Medicare enrollee spending continues to be historically low, averaging 1.3 percent over the last five years. The recent 2015 Medicare Trustees report projected that the Medicare Trust Fund will remain solvent until 2030, thirteen years longer than they projected in 2009, prior to passage of the Affordable Care Act (ACA).

For the past five years – for plan years 2011-2015 – the average Medicare Part D monthly premium for a basic plan has been between $30 and $32. Today’s projection for the average premium for 2016 is based on bids submitted by drug and health plans for basic drug coverage for the 2016 benefit year and calculated by the independent CMS Office of the Actuary.

The upcoming annual open enrollment period – which begins October 15 and ends December 7 – allows people with Medicare to choose health and drug plans next year by comparing their current coverage and plan quality ratings to other plan offerings….

What a pain.  What a hassle.  I love choices, but I hate having to compare medical insurance benefits.  Makes my brain hurt.  But, if I want to save money, I’m going to have to make my brain hurt.

I was just thinking about how close fall is now that we’re in the month of August… looking at some photos of winter this morning (featured photo taken 3/1/2015). There’s beautiful light in the winter time.  (Plus Halloween and Easter candy!)  I can’ wait.  But I wasn’t thinking about what that time of year means for medical insurance renewals…

However, summer isn’t over yet. 🙂 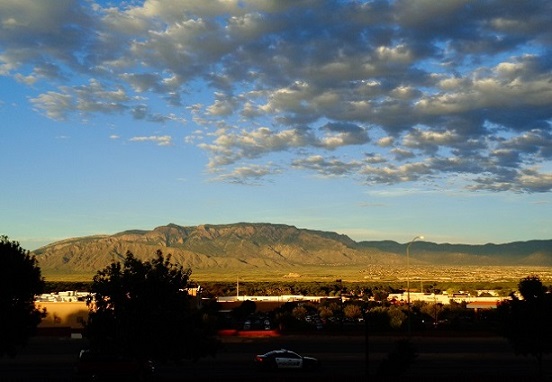 Ms. Schumer also said she expected backlash for speaking out about guns, but she didn’t care. “I’ll handle it the way I’ve handled it the last 10 years,” she said. “I’ve had death threats and a lot of hate directed toward me. But I want to be proud of the way I’m living and what I stand for.”

New York’s medical-marijuana program is slated to be up and running by January 2016. But while companies have been scrambling to show they meet the state’s criteria to grow and dispense marijuana, little has been done to give doctors the tools they need to register patients to get them the drug. Even more worrisome, many doctors say they wouldn’t recommend marijuana to their patients…

MarijuanaDoctors.com, which offers a state-by-state directory of doctors willing to recommend cannabis, has one physician practice listed in New York: A.F. Medical and Rehabilitation of Flatbush. But doctors must take a state-mandated training course before they register medical-marijuana patients. That course doesn’t exist yet. For now, the doctors at the clinic will only offer consultations…

The lack of support from physicians could have major implications for patient access. In some states, patients can go to a doctor for a diagnosis and walk away with a cannabis card. But in New York, a doctor can’t recommend a patient be registered as a medical-marijuana user unless the physician is actually treating the patient for an eligible condition under the New York law…

Many physicians surveyed by MarijuanaDoctors.com said they wouldn’t recommend cannabis, not because they didn’t believe in it, but because they were concerned about the drug’s Schedule I status, Mr. Nicolazzo said.

That designation puts it on the same level as heroin and LSD, as far as the federal government is concerned. Some doctors believe that recommending marijuana might endanger the federal compensation they receive for treating Medicaid and Medicare patients. Others said their malpractice insurance wouldn’t cover claims related to cannabis…

It’s time to hear from Nora Volkow from the NIDA… because it’s Tuesday and Tuesday’s suck.

Though debate continues on Oxycontin’s ability to deter abuse, drugs designed to do so provide a potential safeguard in the swelling storm of opioid abuse. But these specially made formulations typically cost far more than their more simply designed generic counterparts. As a result, health insurance plans, including Medicare Part D plans, tend to favor generics, which don’t have abuse-deterrent formulations, as preferred medications in the lists of drugs they cover.

A study released in June by District of Columbia-based Avalere Health, a strategic advisory company that provides health care solutions, found Medicare Part D plan coverage for the now abuse-deterrent drug OxyContin decreased by 28 percentage points, from 61 percent to 33 percent, from 2012 to 2015.

By comparison, the generic Oxycodone Hydrochloride, which has no built-in mechanism to deter abuse, was covered by all Part D plans in 2015. Overall, the Part D coverage for all prescription opioids dropped 10 percentage points…

Pearson notes that the drugs are intended to stem intentional attempts at abuse, rather than keep patients from becoming addicted to painkillers in the first place…  But some patients who aren’t at high risk for abuse may still have cause to choose abuse-deterrent formulations, like concern that the drugs could fall into another person’s hands…

While a generic painkiller without safeguards against abuse can run less than $10 for a month’s supply, brand name OxyContin, with its abuse-deterrent formulation, can cost more than $150 per month, depending on factors such as dosing, pharmacy and available discounts.

And however awkward or embarrassing it may be, experts emphasize that patients should disclose to their providers any history of substance abuse, whether involving prescription drugs or substances.

Doctors are required to keep such matters confidential, and Volkow notes that a patient’s failure to disclose this information can undermine a physician’s ability to safely prescribe powerful pain medication.

There are these things called Electronic Health Records and PDMPs, which means that your medical record is no longer confidential.

She insists on the importance of full disclosure in addition to resisting the urge to take past opioid prescriptions to treat pain as it flares up, outside of recommended treatment protocols, since self-medication can increase the risk of becoming addicted to prescription drugs.

Really?  If it doesn’t sound reasonable, it’s probably not true.

Over time, patients develop a tolerance to opioids that requires taking more medication for the same level of relief. “The higher the dose, the greater the likelihood you can have adverse effects. And what are the adverse effects? One of them relates, of course, to addiction, and the other one relates to overdoses,” Volkow says…

You know, this “expert’s” opinion doesn’t take into account the millions of pain patients who remain on the same dosages for 5, 10 years, or more.

So what are some telltale signs a patient might be becoming addicted to a prescription opioid?

“If they start to feel that they are too preoccupied with the anticipation of getting this medication, they should actually discuss it with their physician,” Volkow says. She compares it to looking forward to a nice dinner. “You know that you’re going to have something that you like very much, and you start to think about it in an obsessive-compulsive way.”

Patients may not recognize this, thinking only that they’re looking forward to pain relief, so it’s important to be on guard to untangle the nuances, in discussing concerns with a physician, she explains. Conversely, putting off taking needed medication because of its powerful effect may, counterintuitively, also signify an issue.

“[Some patients] may have pain and they say, ‘I’m not going to take it, I’m going to last as long as I can to minimize the use.’ But what they are doing by allowing the pain to be very, very intense is that they increase the value of the medication because they are anticipating the relief from this very intense pain,” Volkow says. “So both of these behaviors can be early indications that the patient may be starting to be addicted to their medication.”

“People need to understand that these drugs are potentially addictive, even after short-term use in some people,” says Dr. Andrew Gurman,​ an orthopedic hand surgeon in Altoona, Pennsylvania, and president-elect of the American Medical Association. He prescribes opioids to help patients deal with pain when they recover from surgery.

The AMA announced last week the creation of a task force to reduce opioid abuse comprised of 27 physician organizations, including the AMA, American Dental Association, American Psychiatric Association and seven state medical societies, with an aim to identify best practices to address the epidemic…  Gurman does not serve on the AMA-led opioid abuse task force but is the AMA representative on the National Association of Boards of Pharmacy Stakeholders Group on Opioid Prescribing and Dispensing.

In addition to doctors looking at their prescribing habits and considering red flags, like patients seeking to obtain prescriptions for opioids from numerous doctors, health experts say it’s important to discuss all options to deal with pain. Heat, ice and even holding one’s hand above his or her heart, in the case of surgical patients at Gurman’s practice, as well as dealing with the mental components of pain, can all help relieve discomfort.

That can ultimately reduce the need for prescription opioids. “Both patients and physicians need to think about and perhaps talk about alternatives to manage the pain,” Gurman says.

Okay, I’m holding my right hand above my head, while my left hand is holding an ice pack to my face…  Oh no, I can’t reach the heating pad.  My hands are getting tired and my shoulders have started to throb.  If I had three hands, I could put an ice pack on my neck and shoulders…

Patients aren’t stupid.  They know about ice, heat, compression, and all the over-the-counter medications you can buy to treat and manage pain.  They also know you don’t have to see a doctor for these treatments. Usually, by the time someone spends money on a doctor for pain, they’ve already tried all these other methods and none of them helped.

So, how long can you hold your hand above your heart?  Maybe I should lie down to try this new pain treatment.

“We’ve seen people who pay $20 for a 30-day supply as their copayments on a drug that was $11.99 for a 90-day supply had they been in the (discount program),” said Kristen Broz, an attorney with Hausfeld, the firm that filed the suit…

At issue in the lawsuit is CVS’s “Health Savings Pass” program, which offers discounts to customers who do not have insurance or choose not to use insurance on hundreds of generic prescription drugs, including generic versions of the antibiotic Penicillin and the antidepressant Prozac, according to the suit.

Instead of presenting insurance companies with that discounted price, CVS reported the higher price that a normal retail customer not in the Health Savings Pass would pay, the lawsuit alleges.

Customers were then charged co-pays according to those higher prices…

CVS’s drug supplier charges $10 for a 30-day supply of, let’s say, Vicodin. The pharmacy charges it’s customers in the program $12.99.  And then charges insurance companies (for instance, those participating in Medicare Part D) $300, of which the customer pays a $30 co-pay.