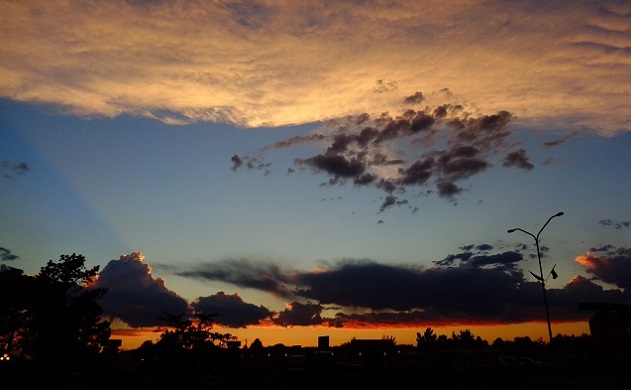 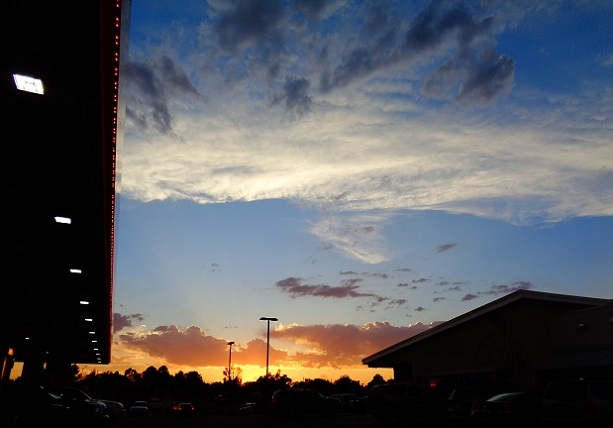 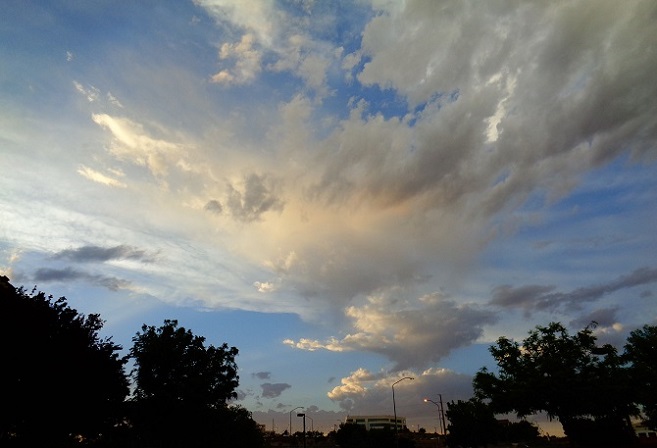 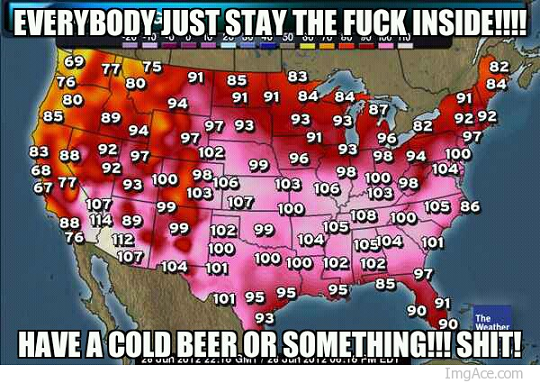 A foot injury his junior year didn’t derail Roman. He needed minor surgery on a small bone, but he popped some OxyContin and after a few weeks was back on the mound.

Oxy for minor surgery?  Since this was legally prescribed to him, I would want to know his doctor’s reasons for doing so.  Seems like there’s a lot of doctors who cater to athletes, giving them whatever they want so they can keep playing, especially on professional teams.

His senior year Roman planned to lead Eldorado to a state title and then declare for the 2008 major league draft (the Braves had expressed the most interest in him), spurning about 20 Division I scholarship offers. Before the season, though, Roman committed one of those judgment-deprived acts for which teenagers are known. He and some friends used a stolen credit card at a mall. They got caught. The school found out. Though it was Roman’s first offense, he was kicked off the team.

There are plenty of teenagers who don’t steal or try to use a stolen credit card at the mall. And I think his parents are just guessing that it was the first time he exhibited this type of behavior; that this was his first offense. Yes, it might have been the first time he had been caught, but I really doubt it was his first criminal act. I would say Roman was one of those people who liked risk and was comfortable with it — maybe taking risks even gave him a thrill and adrenaline rush, just like athletics. I would also say that these kinds of people are at a high risk for drug addiction.

Humiliated, angry and depressed, Roman thought back to the numbing effect of the OxyContin. His prescription had run out, but that wasn’t much of an impediment. In the upscale Northeast Heights—more High School Musical Albuquerque than Breaking Bad Albuquerque—painkillers were competing with marijuana and alcohol as the party drug of choice. “There are pill parties,” says Roman’s younger brother, Beau. “[Pills are] so easy to get. They’re everywhere.”

Roman was soon in the grip of Oxy. He lost interest in baseball.

Lost interest?  He was kicked off the team.  If he had other interests as strong as his interest in athletics, maybe he wouldn’t have been seduced by the drugs.  But keep in mind we’re talking about teenagers and young adults here, whose brains don’t yet have the ability to see the consequences of their actions.  They are not able to picture themselves in the future — they are only interested in the here and now.

He showed up high for graduation. JoAnn Montano and her husband, Bo, who owns a wheel-alignment and body-shop business, figured their son was just floundering—until JoAnn caught him using. She took him to an addiction center, and he was prescribed Suboxone to treat his opioid dependency.

Roman, though, couldn’t fully kick his habit. Before graduation he had switched to a cheaper substance that offered the same high at a lower price: heroin…

They said that Roman had been found slumped in the driver’s seat of his car behind a FedEx store, a syringe in his arm, the motor running. He was 22 and dead from a heroin overdose…

You can see by the title of this article that they’re blaming Oxy for Roman’s heroin addiction, even though he took it because he was “humiliated, angry and depressed.”  Maybe it would be a good idea to teach kids about how to handle these kinds of negative emotions instead of trying to teach them abstinence from drugs.

If, at this point, Roman had chosen cannabis instead, perhaps he wouldn’t have moved on to heroin. And maybe if his self-esteem wasn’t so irrevocably tied to athletics, he would have been able to move in a different direction.

While hard data for heroin use among young athletes are difficult to come by, the anecdotal evidence is abundant and alarming. A seven-month SI investigation found overdose victims in baseball, basketball, football, golf, gymnastics, hockey, lacrosse, soccer, softball, swimming, tennis, volleyball and wrestling—from coast to coast…

As the sports industry expands each year—and the stakes on rinks, fields and courts grow higher—young athletes face enormous pressure to manage their pain and play through injuries…

And if they didn’t have this pressure, would they still be at risk for drug addiction? Blame the pressure and the lack of other options for these athletes, not the pain medications. After all, how many high school and college athletes end up going professional? Isn’t it something like 1%?  In my opinion, basing a child’s future on athletics is never a good idea. Making a living by abusing your body is not a career that will last very long.

Moreover, “sports that involve high levels of contact (e.g., football) tend to socialize youth to view pain, violence and risk as normative features,” Veliz said, and these “may influence risky behavior both on and off the playing field. In other words, participants in contact sports learn to view their body as an instrument that can be easily gambled with, even if it would involve permanent damage.” …

In the beginning, many athletes are involved in their sport because they love it. But if they’ve got any talent, that love of the sport quickly turns into a question of how much money they can make. Can the sport provide a good living? Just like young people who join the military to make a living, there are few career options for kids today.

And let’s not forget how much sports is celebrated in this country, from high schools and universities to professional teams and the Olympics. There’s a reason that cities spend so much money on sports stadiums. In other words, we are part of the problem. We pay lots and lots of money to see athletes abuse their bodies. We are the consumers of the products that perpetuate and fund sports. We are the spectators in this Roman coliseum of abuse, and often violence.

There are many reasons why kids try drugs, including alcohol.  Blaming the drug alone just isn’t logical.  We’ve done that throughout the decades-long, failed drug war and look where we are today.

Does Ben Gay help your pain?  If it does, than other topical products may also help. But I’ve tried many, including two prescription-strength topicals, one compounded with Soma and also Lidocaine patches, and they really didn’t help. While the Lidocaine patches gave me a type of numbing effect on the surface of my skin, the pain relief didn’t penetrate any further than that. And I didn’t achieve any benefit from the Soma topical.

However, many pain patients who have a sensitivity to oral pain medications use topicals instead. If topicals work for you, I say great.  But if you don’t have a lot of money to spend, throwing it away on products that don’t help will just cause irritation and anger. And over-the-counter products that promise all kinds of pain relief have a habit of not delivering.

This is a response from one of my posts about a topical product that’s advertised on nationalpainreport.com (see link).  Considering the tone of the response, I didn’t approve it for posting, but I’m posting it here in its entirety.

You must have been high when you wrote about Reunion pain relief products.

Clearly, you don’t understand the difference between therapeutic essential oils, applied topically to the peripheral pain source and absorbed transdermally and aromatherapy oils that smell nice.

You also didn’t click on Articles on the bottom of every web page which will give you a good primer in essential oils including a Clinical Trial produced by Scripps … the most prestigious clinical trial producer in the U.S.

Further, ALL Customer Reviews are 100% authentic. Many have allowed us to use their real names with their Review.

Your synopsis only proves my thoughts about the Internet: “Anonymity Breeds Assholes!”

I’m not anonymous — my name is Johnna Stahl and I live in Albuquerque, New Mexico.  This information isn’t included on every one of my posts, but it is easily found in numerous places on my blog (like under the category Stahl v. Unum).  And while I’d like to respond to your crass comments in kind, I’ll let your words speak for you and your product.

“Hasin and colleagues postulated, as many would, that the passage of medical marijuana laws would increase adolescent marijuana use by contributing to the declining perception of the potential harms of marijuana,” Kevin P. Hill, MD, MHS, of Harvard’s McLean Hospital in Boston, wrote in an editorial in The Lancet Psychiatry. “Their well designed, methodologically sound study showed that this was not the case.” … 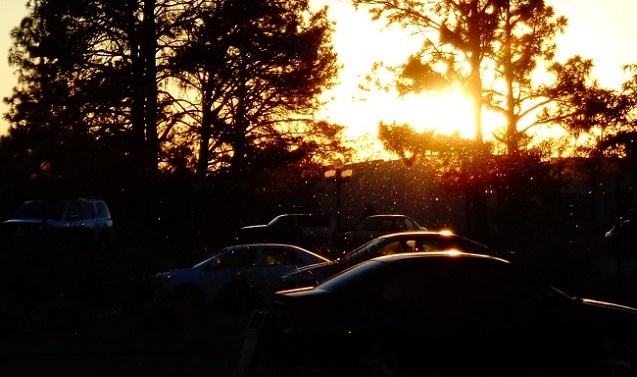