Longtime anti-eviction activist Ada Colau recently became the first female mayor of Barcelona, Spain. She has vowed to fine banks, stop evictions, expand public housing, improve wages, force utility companies to lower their prices and slash the mayoral salary. She has called bankers “criminals” and garnered support from the leftist Podemos party, which grew out of the populist Indignados Movement against economic austerity…

painkills2 • a few seconds ago
To KRQE:

Why can’t KRQE stop commenters like WiSe GuY? Is it because KRQE agrees with him?

WiSe GuY, 5 days ago: “Now, Mohammed, What does your Quran say about insulting infidels like myself? Have you beaten your woman according to Sharia Law? Or, have you raped children according to your Quran?”

If this website continues to allow these kinds of public comments, I’ll be going somewhere else for my daily dose of local news — as I’m sure many others have already done.

painkills2 • in a few seconds
I’ve posted this comment on my blog, so everyone else can see it too.

The clouds have returned, which made for a wonderful sunrise — but now, we’re covered in one big, gray, yucky-looking cloud.  It might be a few degrees cooler, but now I miss the sun. 🙂

Wikipedia:  Melbourne is also prone to isolated convective showers forming when a cold pool crosses the state, especially if there is considerable daytime heating. These showers are often heavy and can contain hail and squalls and significant drops in temperature, but they pass through very quickly at times with a rapid clearing trend to sunny and relatively calm weather and the temperature rising back to what it was before the shower. This often occurs in the space of minutes and can be repeated many times in a day, giving Melbourne a reputation for having “four seasons in one day” … 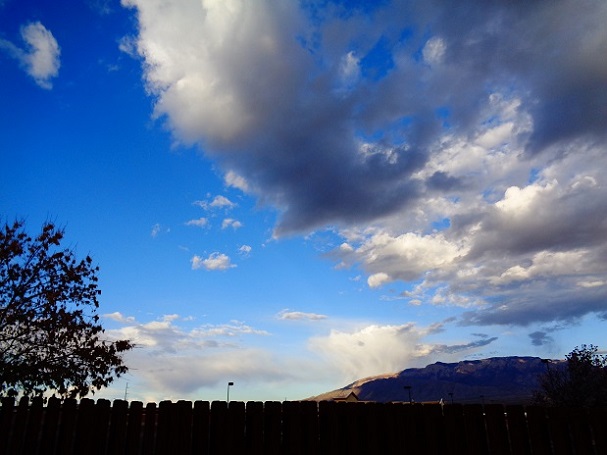 Reporter:  Is that over prescription thing like common in the VA?

Dr. McCarthy:  It’s common in the whole country.  It’s not you know what people think of as sick patients, so much.  It’s people that have drug problems, some of which are caused by us and our prescribing.  We also look at the combination of patients on opiates, like morphine and benzodiazepine like Ativan or Klonopin.

Reporter:  Is that the anxiety?

Bob Cranmer told Veritas his son David became one of those vets that Dr. McCarthy described as “some people.”

Mr. Cranmer:  He joined the marines when he was still a senior in high school.  Graduated from high school.  Was deployed to Iraq…

Mr. Cranmer :  He went to the VA and when he was finally seen, it took him over a year to be seen, he was diagnosed that he would require surgery to have his disks repaired.  But they never scheduled the surgery.  They just gave him painkillers.  And that went on for a number of years. The primary drug that he was given was Oxycontin…

Mr. Cranmer:  It got to the point to where he had to actually enter an outpatient drug addiction treatment center because over a period of time he did realize he had developed an addiction to this Oxycontin. And it scared him.

Mr. Cranmer:  Diagnosed him with PTSD…

Veritas:  After David was diagnosed with PTSD, the VA gave him more drugs.

Mr. Cranmer:  He was prescribed an antidepressant called Zoloft, as well as two mood stabilizers…

Mr. Cranmer:  He had a 10 foot stepladder and a rope and for some reason decided to hang himself.

A month after he was diagnosed, David Cranmer used a ladder to hang himself. He left behind a wife and a five-year-old daughter…

It’s very important for patients to learn about the history and correct use of all prescription medications.  It seems like David and his father just trusted the doctors instead of doing their own research.

What we need is a Marcia Angell to take on the multi-billion dollar drug and alcohol testing, assessment and treatment industry…

“It is simply no longer possible to believe much of the clinical research that is published, or to rely on the judgment of trusted physicians or authoritative medical guidelines. I take no pleasure in this conclusion, which I reached slowly and reluctantly over my two decades as an editor of The New England Journal of Medicine” – Marcia Angell