“It is better to be alone than in bad company.”  George Washington

“I finally faced the fact that it isn’t a crime not having friends. Being alone means you have fewer problems.”  Whitney Houston

“If you make friends with yourself you will never be alone.”  Maxwell Maltz

“I would rather be a beggar and single than a queen and married.”  Elizabeth I

“It is strange to be known so universally and yet to be so lonely.”  Albert Einstein

“If I am a legend, then why am I so lonely?”  Judy Garland

“A man can be himself only so long as he is alone, and if he does not love solitude, he will not love freedom, for it is only when he is alone that he is really free.”  Arthur Schopenhauer

“To dare to live alone is the rarest courage; since there are many who had rather meet their bitterest enemy in the field, than their own hearts in their closet.”  Charles Caleb Colton

I set up a Google+ account some months ago, but I don’t use it.  Now, because of the https problems in AOL email, I went looking for my email account on Google+.  I log in with my password and I’m embarrassed to say I couldn’t even find my email account.  You know, the screen that shows emails.  Seriously, how hard could this be?

I need some more ranch dressing…

The dog flu is reaching epidemic proportions and now has crossed state lines. Originally Chicago was the city hit the hardest but it has spread across the state and now it has infiltrated into neighboring Wisconsin, Ohio and Indiana…

There is no evidence that this virus will be contagious to humans but the H3N2 is contagious to cats…  At this moment there haven’t been any reports of any cats getting the virus but H3N2 can be transmitted from dogs to cats, but whether cats can transmit it to another animal is not known.

To help prevent the virus from spreading it has been recommended to stay away from dog parks, boarding facilities and groomers.

Hey there. This is Dunk. Dunk is a trash can taken from the stuff of nightmares and repurposed by the NSA to promote Earth Day…

Ignore for a second the fact that Dunk is dressed like a cross between an inoffensive cartoon toddler and a dad who hates when sand touches his feet, and focus on his face. What expression is that? Casually disguised stomach trouble? Drinking orange juice after brushing your teeth? Barely concealed social anxiety?

Why are his eyebrows just raised bumps seemingly molded out of excess plastic? Who is Dunk’s dentist? And most importantly: Why are Dunk’s biceps so incredibly sculpted? …

Most users who were interviewed said they got pills by feigning symptoms of A.D.H.D., a disorder marked by severe impulsivity and inattention, to physicians who casually write prescriptions without proper evaluations. Others got them from friends or dealers…

Lisa Deese of Fishers, Ind., said she had abused Adderall as a stay-at-home mother of three for years. The pills, she said, “were like mommy crack.”

“I got so much more done during the day,” she added. “I was hooked by my first pill.” …

It sounds like the New York Times is trying to start a drug war against these kinds of drugs, with the same media-type frenzy that exists with opioids.  In other words, I’m not buying it.

The number of stimulant misusers who become addicted is unclear. But supply has risen sharply: About 2.6 million American adults received A.D.H.D. medication in 2012, a rise of 53 percent in only four years, according to Express Scripts, the nation’s largest prescription-drug manager. Use among adults 26 to 34 almost doubled.

Ah, Express Scripts, trying to save themselves some money.  Profit, ain’t it grand?

When Elmo was nervous about getting a shot, he didn’t enlist any old doctor for moral support. In a new video produced by the Daily Dot, U.S. Surgeon General Vivek Murthy teaches the “Sesame Street” favorite about the importance of getting vaccinations.

After explaining the health benefits of being vaccinated, Murthy suggests that Elmo sing a song to take his mind off the (slight) pain Elmo might experience. Elmo immediately belts out “Shake It Off,” so now we know he’s a T. Swift fan…

The “Dragon” is the SpaceX Dragon freighter, which arrived last week with supplies for the mission, including one of the most essential supplies of all: coffee… 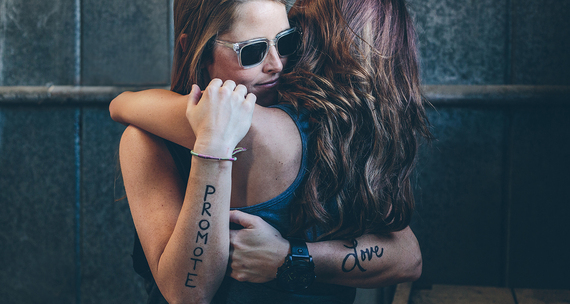 Grant is inviting everyone and anyone to upload pictures to Instagram promoting love in any form (like volunteering, falling in love, connecting with family, working to change the world) and to #PromoteLove.

Starting May 1, every Friday, Grant will choose one photo and contact the poster so that she can feature an image of her or him or them along with a Q&A on her site. To assure that the movement serves its purpose of serving the community, a portion of all the proceeds from Promote Love t-shirt and sticker sales, which Grant hopes people will use to show their support of the movement, will be donated to a charity of the month…

Several times, Wilcox rushes at Kidder. Each time, Kidder runs backward while keeping his handgun aimed at the suspect, urging him to surrender.

Kidder said he kept his eyes on the hand the suspect had in his pocket because he had been told by dispatch that the man may have a gun and attempt “suicide by cop.” That’s when a suspect deliberately attempts to get shot and killed by police…

Kidder has been with the department for nearly a year, and previously earned a Purple Heart during his two tours of duty in Iraq with the Marines.

Wilcox has been charged with murder for allegedly killing Courtney Fowler, 25, and Zach Gilkison, 27. He claims he was high on “everything” and that his music told him to kill, according to court records cited by WLWT.

Scientists have discovered that sleep is not just important for the brain, but also for immune function, hormone balancing, learning and, my favorite, weight loss. Sleep is the time when your body repairs all the damage done to it during the day. Sleep deprivation can increase your risk of high blood pressure, diabetes, depression, obesity, and cancer…

Never lend money to a conservative. That’s one conclusion to be drawn from recent attacks on Social Security by Bloomberg View columnists Megan McArdle and Ramesh Ponnuru. Apparently promises, even legally executed ones, don’t mean much to their crowd…

But McArdle, like others of her political persuasion, is eager to sever the binds of legal and moral obligation surrounding this debt. Why? One suspects an inmate hostility to government programs of any kind, especially successful ones like Social Security, combined with the desire to take the seniors’ money and run — to the next tax break for the wealthy.

Poor things. They try so hard…