Eddie Vedder and Chris Cornell… you don’t get better than that.

New Orleans, Los Angeles and Albuquerque round out the seven cities vying for a spot in the second cohort of the City Accelerator. Each has its own unique and rich history; each faces significant challenges; and each feels familiar because of the stories they have helped to tell in the movies and TV. But the stories of the cities themselves are as compelling as any you have seen on a screen…

However, despite the positive exposure, Albuquerque faces significant challenges. A 2012 report by the Center on Budget and Policy Priorities and the Economic Policy Institute found that New Mexico had the highest income gap between the richest households and low- and middle-income households.

A subsequent press release from the group New Mexico Voices for Children quotes Research Director Gerry Bradley as saying, “Underlying extreme inequality in New Mexico are serious problems in the state’s job market. New Mexico has an array of jobs: excellent jobs, good jobs, poor jobs and no jobs. The excellent jobs are in the national labs and at Intel; the good jobs are in health care, manufacturing and education; the bad jobs are the poverty level jobs in hotels, restaurants and call centers; and the ‘no jobs’ are because the demand for labor in New Mexico is very weak for workers with low levels of education.”

Intel?  Dude, Intel will be gone from New Mexico within the next year or two, if that.  And because of all the budget cuts at the federal level, the national labs are also hurting.  Health care is a growing industry, but that’s because of Obamacare — and that increase in employment for this sector will soon flatten out.  Education?  Teachers in New Mexico are unhappy, and they don’t make very much money either.  The city’s police department needs people, but no one wants to work there — their reputation couldn’t be worse.

If New Mexicans refuse to look at this state’s problems in a real and accurate way, things will just continue to get worse.

Meanwhile, Governor Martinez is focused on running for national office in 2016, and the rest of this state’s government doesn’t know what to do to make things better.  Seriously, there are no new ideas anywhere, except Republicans want to give businesses even more tax breaks and take away driver’s licenses for undocumented immigrants.

I think we should become a state where people would like to retire — kinda like Florida, but less expensive and better (especially after we legalize cannabis).

The National Institute of Mental Health has unveiled a five-year strategic plan emphasizing research it hopes will ultimately give clinicians a better understanding of what mental illness looks like inside the brain — before a patient shows outward symptoms.

The plan signals investment to figure out the genes associated with mental illness, develop new treatments based on those findings, make sure research findings are eventually implemented into practice and find brain patterns for a range of disorders…

“They’re looking for a perfect indicator before intervention, but is anyone noticing what’s going on with mammograms and other imperfect early indicators that work well enough, but have flaws? Elevated cholesterol levels don’t necessarily mean you’ll have a heart attack,” and the same will be true for mental illness, said William McFarlane, director at the Center for Psychiatric Research at the Maine Medical Center in Portland, Maine.

Will the brains of patients who suffer from, say, bipolar disorder, really look the same?  Be similar enough to define early indicators?  Somehow, I doubt it.

The goal is to provide more performance-based payment of services, but the idea has drawn mixed reviews from mental health advocates. On one hand, they welcome the long-overdue update of the state’s mental health delivery system. On the other, they question how a chronically underfunded system could have room for big companies to make profits…

The idea of privatizing mental health services was first proposed by Gov. Rick Scott, who included it in the proposed proviso language of his 2015-16 budget. Among the companies that could qualify to bid on the projects are some of the largest contributors to the governor’s campaign…

I spoke to Indigo [pictured above], who had travelled from Berkshire to attend. “When you realize that Jaffa Cakes, bingo, betting, exotic meats, and men’s razors are all taxed as necessities, it makes you baffled as to why women’s hygiene products are considered ‘luxury,'” she said. “The average woman menstruates for 20 to 30 years, so a 5 percent taxation really does add up. It’s crazy that men are deciding what are necessities for women.”

Emily DeJan · Top Commenter · UICC
How about adding dental care to Medicare and Medicaid? My dental health was superior when I was working with great insurance. But once I became disabled, dental visits became out of the question. I just had one quarter of my teeth cleaned and it cost me $250. The total tooth cleaning will cost $1000.00 and will have to be done over many months so I can afford it. My husband needs a crown. The last one I had cost $250 when I had dental insurance. My husband is going to have to pay $2500.00. Needless to say he won’t be able to get that crown. My sister, a cancer survivor, had an estimate of $34,000 for reconstructive dental work. This is absolutely insane and as far as we’re concerned, we are in a third world country when it comes to dental health. I moved to a rural area after I became disabled and missing teeth are the norm around here where there is a lot of poverty. We no longer have the right to make fun of “British” teeth. Ours are worse.

10/21/2014, Dental therapists could be solution to shortage of dentists in NM

According to a 2013 report by the New Mexico Health Workforce Committee, there’s one dentist for every two thousand people in the state… 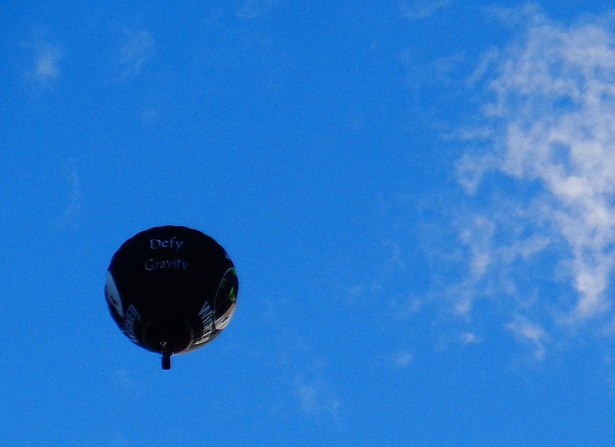 To every abused child:

I hear you
I acknowledge your agony
And I am so very, very sorry

I wish for you:

Freedom!
From the pain
From the memories
From all the ugliness
And the heavy burdens you still carry

You are not to blame

2/4/2015, Next iPhone chip will reportedly be made by Samsung

On Tuesday, the city of Madison, Wisconsin announced that it is now against the law to discriminate against atheists, making it the first city in the country to grant explicit legal protection to people who do not believe in a God…

Although the U.S. Constitution expressly prohibits submitting candidates for office to a religious test, people who do not believe in God are currently legally barred from holding office in seven states: North Carolina, Arkansas, Maryland, Mississippi, South Carolina, Tennessee, and Texas…

The main concern is that these beverages can easily aggravate underlying heart issues. Because of their high amounts of caffeine and sugar, dangerous arrhythmias can easily develop in the hearts of young people who drink them.

Many people already balk at the high amounts of labeled caffeine on these drinks. The problem is that there are many additional sources of caffeine that are “masked” by the labeling.

Ingredients such as guarana, ginseng, and taurine have caffeine concentrations that are equal to, or higher than, caffeine found in coffee. Ingesting high doses of any of these substances can be very dangerous.

Roughly 31% of adolescents from ages 12 to 19 consume energy drinks on a regular basis. An even higher number of people use alternatives to these beverages, such as gums or inhalers. The high amounts of caffeine in all of these products is causing serious harm, the study found. Of the 5,448 caffeine overdoses reported in the United States in 2007, 46% of them occurred in people under the age of 19…

“It is important for physicians to understand the lack of regulation in caffeine content and other ingredients of these high-energy beverages,” he said…