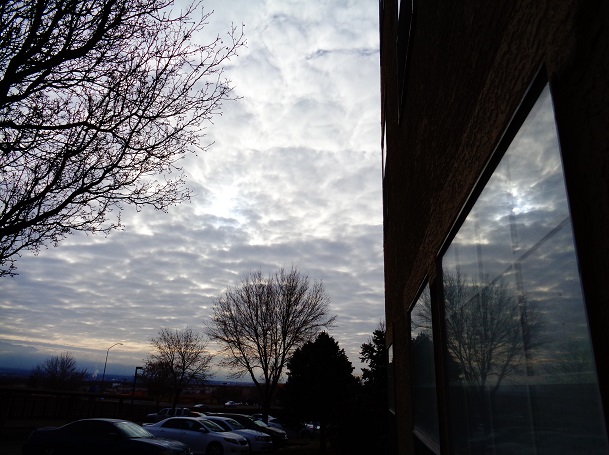 VICTORIA, Texas (AP) — The lawyer for a Texas police officer fired for using a stun gun on a 76-year-old man says there was “nothing unreasonable” about using that level of force during a traffic stop that was captured on dashboard camera video… Robinson stopped Pete Vasquez for an expired vehicle inspection sticker, and video captured Robinson grabbing Vasquez’s arm and pushing him onto the police cruiser.

Mexicans are guzzling fewer sodas, juices and flavored waters since a nationwide sugary drink tax took effect in 2014. The policy aims to help curb rising rates of obesity and diabetes in Mexico, which recently overtook the U.S. as the world’s fattest country.

Like in most of New Mexico, Sierra County residents earned relatively little compared to most Americans. County households had a median annual income of $27,430 between 2009 and 2013, nearly half the national income of $53,046. However, the county’s job market, as measured by unemployment, was relatively strong. Just 6.2% of the area’s workforce was unemployed in 2013, lower than the national rate.

Virgin Galactic has partnered with Gray Goose Vodka.  Gray Goose will “bring the journey to life through a range of experiences, exclusive content and a series of promotions,” including sponsorship of early flights out of Spaceport America, among other things.

Obscure as the work may sound, there’s a long line of astronomers all over the world who want to use the GBT, a telescope known to be so sensitive that it can pick up the energy equivalent of a single snowflake hitting the ground…

So why does such a sensitive listening tool need total technological silence to operate? A little history—starting with telephones, in fact—helps explain.

In 1932, when Bell Labs was installing phone systems across the US, its technicians kept hearing static over the transmissions. The company hired an electrical engineer to find the source, and he discovered that all the noise was “the Milky Way galaxy itself,” says Mike Holstine, the telescope’s business manager, with a hint of awe in his voice…

In 1958, the Federal Communications Commission established the 13,000-square-mile National Radio Quiet Zone, a one-of-a-kind area encompassing Green Bank where, to this day, electromagnetic silence is enforced every hour of every day. The strictest rules are found within the ten square miles immediately surrounding Green Bank, where most forms of modern communication—i.e., cell phones and wi-fi—are banned under state law. Residents are allowed to use land-line phones and wired internet, “but it is sloooow,” in the words of one Green Banker…

In 2007, Diane Schou became one of the first electrosensitives to move to Green Bank…

But now with Tetris, instead of testing computers, we can test and train our minds or at least some capabilities of our minds. Serious Tetris players are able to make decisions every two seconds to organize and fit seven types of 2D pieces called Tetraminoes.

…the human body, in all its wonder 🙂

Maybe I’m becoming cynical, but this looks like a detox/rehab program.

There have been more than 200 reported cases of the virus on the island as of June 25, according to Health Secretary Ana Rius. While Puerto Rico declared an official epidemic, health officials in Jamaica reported their island has just confirmed its first case. Chief Medical Officer Dr. Kevin Harvey said the infected person had recently traveled to a country where the disease has been transmitted locally.

Chikungunya is fairly young as far as diseases are concerned. It was first identified in Africa in 1953 after doctors were receiving patients with high fevers and complaining of severe pain in their joints. Currently there is no vaccine cure for the disease, and it is mainly treated with pain medication. The feverish joint pain causes patients to hobble around, and the unmistakable rash that spreads across sufferers’ faces is one of the most notable characteristics of chikungunya.

In the past, the disease stayed within other parts of the world, specifically Asia and Africa; however, when it arrived in the Caribbean in December, it infected as many as 250,000 people in the area and created looming threats to surrounding countries. Public officials in the Caribbean announced they were struggling to contain the outbreak, according to the National Geographic.

The first case of chikungunya reported in the United States was reported Thursday in Florida as well, and although the virus is not a death sentence and can’t be passed from person to person, it brings crippling pains and agony for months and even years. Health officials in the U.S. have been tracking cases carefully and encouraging people who currently reside or travel to infected areas to avoid infections and clean up areas of still water, as mosquitoes will readily breed there.

The Dominican Republic has been hit the hardest, currently with 135,000 suspected cases. Guadeloupe comes in second place with 40,000, followed closely behind by Haiti’s 39,000 cases. The Pan American Health Organization has recorded more than 354,000 cases across the Caribbean since July 11.

Abstract:  Two hundred and sixty-three ambulatory patients older than 21 years of age who were attending clinics at an oncology hospital in San Juan, Puerto Rico, were studied. They completed a questionnaire (BQ-PR) that measures 8 concerns about reporting pain and using analgesics, such as fears of addiction and tolerance and the belief that reporting pain can distract a physician from focusing on curing one’s disease. Ninety percent of the patients had at least some concern about each of the 8 topics, and mean scores on the 8 subscales were near the midpoint on a 0-5 scale. There were significant inverse relationships between level of education, income, and BQ-PR total score. Those persons who experienced cancer-related pain on the day they completed the questionnaire were categorized as using adequate versus not adequate analgesic medication, a determination that was based on a comparison of their level of pain to the medication they were using. Those who were not using adequate analgesic medication had higher BQ-PR total scores than did those who were using adequate medication.